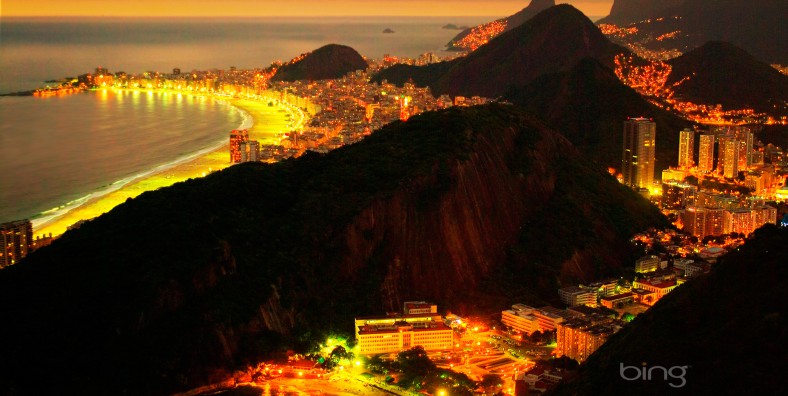 During this 12 days tour, we can explore the profound culture of the old and modern China, we will visit Beijing and Xi’an, two most renowned ancient imperial cities of...

During this 12 days tour, we can explore the profound culture of the old and modern China, we will visit Beijing and Xi’an, two most renowned ancient imperial cities of China, Chengdu-hometown to pandas, and take a wonderful Yangtze River Cruise from Chongqing to Yichang, Wuhan which also called the city on the rivers,  and Shanghai, a world-famous oriental metropolis.

Upon arrival at Beijing Capital Airport, you will be greeted by our tour guide in the Arrival Hall who is holding a sign on which says your name, then transferred by your private car/van to your hotel downtown. The rest of the day is your own time.

Today you will first visit the world’s biggest city plaza, the Tian’anmen Square; then walk to the marvelous “Egg” (National Centre for the Performing Arts) to take some pictures from its outside; subsequently, go to visit the most complete imperial palace in China, the Forbidden City ; and later proceed to the impressive Temple of Heaven,  the royal altar of the Ming and Qing dynasties.

After the sightseeing tour, be driven back to your hotel. Drive to Mutianyu Great Wall in the morning, which is popular among foreign visitors. Upon arrival, you can choose to hike on the Great Wall, or take cable car up and roam around.

Drive back to Beijing city, while you can take a nap in the car. Upon arrival the downtown, enjoy orientation walk in Olympic Park and visit the exterior Bird’s Nest and Water Cube, the amazing architectures that built for Beijing Olympic Games in 2008. In the morning, after having breakfast at hotel, your guide will meet you at your hotel lobby and start a full day tour.

You will visit the Banpo Museum, Banpo Neolithic Village Museum. The remains of this village, located just east of Xian and inhabited from about 4500 B.C. to 3750 B.C., were discovered in 1953. Inside the museum, there are the hall for the ruins, the hall for cultural relics, and the clay cave ruins. The Banpo Lady Statue o­n the rock in the garden pond bears a physical resemblance to the early Banpo people.

Then we will go on to visit the amazing 2000-year-old Terra-cotta Warriors and Horses. Regarded as the 8th Wonder of the World, the Terra-cotta Warriors and Horses are the most significant archeological excavations of the 20th century. Over 2,200 years ago, the first emperor of China, Qin Shi Huang, ordered the construction of a vast army of Terra-cotta warriors in search of immortality. After his early death they were buried with him to protect his empire. More than 7000 vivid figures in full battle array are formed for battle in several large pits.

You can move on to visit the Big Wild Goose Pagoda and the Ancient City Wall if time permits. Afterwards you will be transferred to Xian airport for departing to Chengdu. The diver and tour guide will meet you at the Chengdu airport and transfer you to the hotel, and help you check in. In the morning, you will be picked up at your hotel after breakfast and start private tour today.

Today we will visit the Chengdu Panda Breeding Research Base, which was built to imitate the wild ecological environment of pandas. It covers a space of 92 acres, with a green coverage of 96 percent. The base created a perfect ecological environment for the living and breeding of pandas and other precious and rare wild animals. It breeds over 20 pandas and lesser pandas, black-necked cranes, white cranes and others.

And then you will visit the Wuhou Memorial Temple. The temple is dedicated to Zhuge Liang, the Martial Marquis of Shu in the Three Kingdoms. His outstanding intelligence place Zhuge Liang above all emperors, generals, and ministers in history.

Afterwards you will take a walk along Jinli Street which is particularly representative for this city. It is recorded that as already during Qin Dynasty (221 BC – 206 BC), Jinli Street was the most famous place for baldachin – a rich, ornate cloth. During Shu Kingdom (221-263) it was one of the busiest commercial streets. Hence, it is known as ‘First Street of the Shu Kingdom’. In order to reclaim the street’s prosperity of former days, it was restored with contributions from the Wuhou Memorial Temple and was opened to public in October of 2004.

Drive you back to your hotel after the tour. Today will be free until be transferred to the airport to take the flight to Chongqing. After arriving in Chongqing,  your local guide and driver will pick you up and drive to Chongqing downtown. You will be taken to the Chongqing zoo to see the Giant Panda, and then visit the Ciqikou Old Town, if time permits.

Then, you’ll be transferred to the Cruise pier, and board the ship in the late afternoon. Your Yangtze River Cruise trip will start here. (Note: the boarding time changes based on the cruise ships, season, water level, weather, etc.) Shore excursion to Fengdu Ghost City, Wanxian, or Shibaozhai (depending on river conditions). Then return to the ship and sail towards the magnificent Three Gorges.

Shore excursion to the Fengdu Ghost City to check why it has been regarded as the “City of Ghosts”. It is where the devil lives according to Chinese legend. The temples built on Ming Mountain show punish instruments and demon paintings, depicting the Chinese people’s imagination of hell.

Wanxian is one of the most important and largest ports on the Yangtze. It is widely known for its variety and hustling markets. Fifty percent of the city will be resettled after the Three Gorges Dam Project is completed.

Shibaozhai represents the first gem of Chinese architecture to be encountered on the downstream journey. From afar, the protruding 220-metre (720-foot) hill on the north bank can appear to resemble a jade seal, and is so named.

Shore excursion to Lesser Three Gorges which like a shining pearl hidden in remote mountains, are much smaller, narrower and have some dramatic scenery to offer. That is the most splendid river adventure throughout China for you. Today’s highlight is a morning excursion to Three Gorges Dam, the world’s largest hydropower project, located at the middle of Xiling Gorge near Yichang. You will marvel at this gigantic dam from different angles, learn more of the background history of the Three Gorges Dam Project and enjoy the surrounding beautiful landscape and scenery.

After the dam visiting, you’ll take the bus arranged by the cruise company heading to Yichang Three Gorges Center Cruise Terminal for leave. Here you will be pick up by our local guide in Yichang. After lunch at a local restaurant, drive to the Yichang East Railway Station to catch the 2-hour high speed train to Wuhan.

After arrival in Wuhan, our local tour guide and driver will transfer you to your hotel in Wuhan. Rest of the day is free to explore the beautiful city on your own. After breakfast, your guide and driver will pick you up at your hotel. Today, you’ll first visit Hubei Provincial Museum. Founded in 1953, Hubei Provincial Museum has 6.5 hectares with 200,000 exquisite items include bronze, jade and lacquer work, porcelain and paintings. You can enjoy a performance of chime bells, stone chimes and other ancient instruments. The museum is a window to explore Chinese history.

Later, head to the Heptachord Terrace (Guqin Tai), located on the south bank of Moon Lake, near the western foot of Tortoise Hill. It is the beautiful site with great layout where you could appreciate the sincere friendship between Yu Boya and Zhong Ziqi in Spring and Autumn Period (770-476 B.C.).

Lastly, transfer to Yellow Crane Tower, one of the most renowned towers south of the Yangtze River. It enjoys the fame of “The First Scenery under Heaven”. And its cultural significance led to its being made the symbol of Wuhan City.

After the tour, your guide and escort you to Wuhan Airport to catch the flight to Shanghai. Stay overnight in Shanghai. You will be met at the hotel lobby and start to explore the New and Old Shanghai.

Walk into the Shikumen, the old alley with old buildings, a blend of Western and Chinese traditional culture, where the local residents still live there. Enjoy orientation walk on the Bund which was a foreign trade center from the late 19th century. Then continue a visit to Yuyuan Garden, a traditional Chinese garden in Shanghai downtown.

In the afternoon, visit Jade Buddha Temple. A silk museum is arranged before reaching to the Lujiazui CBD new area and enjoy your leisure time on the Riverside Promenade. Have a cup of coffee and take a short break. In conclusion, visit Shanghai Tower which is the city skyline and Shanghai tallest building. Enjoy your Top of Shanghai journey and panoramic view of Shanghai city.

Back to the hotel. We highly recommend you watch the ERA Acrobatic Show, which is one of the most popular evening entertainments in Shanghai.

Free day at leisure and be transferred to the airport for departure flight.