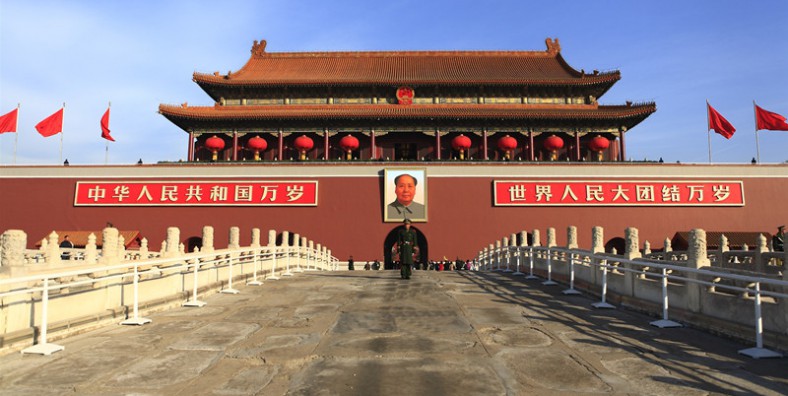 Why is Tiananmen Square so Special?

Tian ‘anmen Square is the largest square in the world. The center of the square is the Monument to the People’s Heroes, the Great Hall of the People on the west, the National Museum on the east, and the Tian ‘anmen Gate Tower opposite the square. Every morning and evening, flag raising and lowering ceremonies will be held. For newcomers to Beijing, watching a flag raising and lowering ceremony is a must.

In the 15th year of Yongle in the Ming Dynasty (1417), skilled craftsmen from all over the country were recruited to start large-scale reconstruction of Beijing City.

In the 8th year of Shunzhi in Qing Dynasty (1651), Qing Emperor Fu Lin ordered a large-scale reconstruction of the ruins of the original site and renamed it Tiananmen Square.

In the 26th year of Guangxu’s reign in the Qing Dynasty (1900), the Eight-Power Allied Forces invaded Beijing, ransacked and shelled Tiananmen Square.

On October 1, 1949, New China held a grand founding ceremony. Mao Zedong led the leaders of the party, government, army, democratic parties and mass organizations to the Tiananmen gate tower to announce the founding of the people’s Republic of China to the world.

Jinshui Bridge is divided into internal and external Jinshui Bridges, built in the Yongle years of the Ming Dynasty. The bridge deck is slightly arched and the bridge body is like a rainbow, forming a beautiful curve. The most prominent bridge deck carved with a coiled dragon stigma is only allowed to pass by the emperor. It is called that the five Jinshui bridges have similar strict grade regulations.

The north end of the square is Tiananmen Tower. Originally built in 1417 of the Ming Dynasty (1368-1644 A.D.), the square is the front door of the Forbidden City. Its most important use in the past was to announce it to ordinary people who became emperors and queens in a grand ceremony. Until the end of the last feudal kingdom in 1911, no one could enter the tower except the royal family and nobles.

Monument to the people’s heroes

Great Hall of the People

West of Tiananmen Square is the Great Hall of the People. The building built in 1959 is the meeting place of the National People’s Congress of China and provides an impressive place for other political and diplomatic activities. There are twelve marble pillars in front of the hall. It has three parts-the central hall, the grand hall and the banquet hall. The floor of the central hall is made of marble and crystal lamps are hung from the ceiling. The auditorium behind the central hall can accommodate 10,000 people. The banquet hall is a hall with 5000 seats.

Tiananmen Square was the place where emperors issued imperial edicts in Ming and Qing dynasties. Tian ‘anmen Square will be used in major celebrations such as the new emperor’s accession to the throne and the wedding, as well as when the emperor’s parents enter the palace.

Its ingenious structural layout and exquisite architectural techniques have condensed the wisdom and great creation of the working people in China for thousands of years, and have concentrated on their superb architectural level and artistic expression. It is not only a brilliant masterpiece in the history of ancient Chinese palace architecture, but also a symbol of the long history of Chinese civilization.

After 1949, Tiananmen Square has become a symbol of modern China and has been designed into the national emblem. Tiananmen Square has become a place for people of all ethnic groups in the world and China to yearn for because of its profound historical connotation of more than 500 years, highly concentrated ancient and modern Chinese civilization, symbol of New China and incomparable political attention and longing.