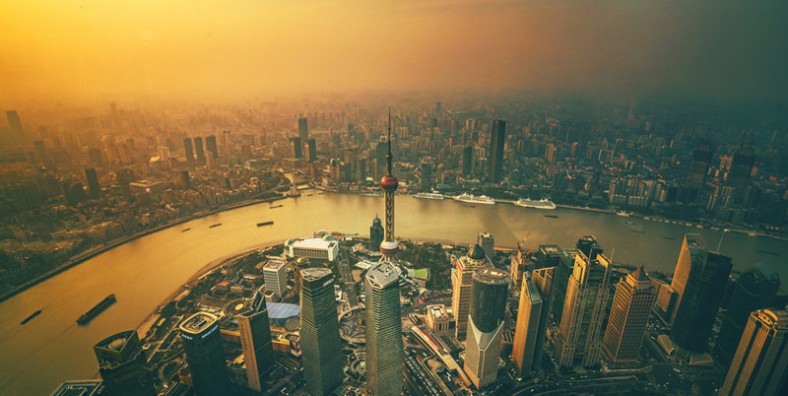 The Shanghai Tower is a 632-meter (2,073 ft), 128-story megatall skyscraper. It shares the record (along with the Ping An Finance Center) of having the world's highest observation deck within a building or structure at 562 m, and the world's second-fastest elevators at a top speed of 20.5 meters per second (74 km/h; 46 mph).

Why is the Shanghai Tower so Special?

The Shanghai Tower is a 632-meter (2,073 ft), 128-story megatall skyscraper. It shares the record (along with the Ping An Finance Center) of having the world’s highest observation deck within a building or structure at 562 m, and the world’s second-fastest elevators at a top speed of 20.5 meters per second (74 km/h; 46 mph). It is the world’s second-tallest building by height to the architectural top. Shanghai Tower is the winner of the Tien-yow Jeme Civil Engineering Prize of 2018.

Where is Shanghai Tower?

Shanghai Tower is in Lujiazui Finance and Trade Zone of Pudong, with Shanghai World Financial Center to the east and Jin Mao Tower to the north.

The Shanghai Tower was designed by the American architectural firm Gensler, with Shanghainese architect Jun Xia leading the design team.

The tower takes the form of nine cylindrical buildings stacked atop each other, totaling 128 floors, all enclosed by the inner layer of the glass facade. Between that and the outer layer, which twists as it rises, nine indoor zones provide public space for visitors. Each of these nine areas has its own atrium, featuring gardens, cafés, restaurants and retail space, and providing panoramic views of the city.

Both layers of the façade are transparent, and retail and event spaces are provided at the tower’s base. The transparent façade is a unique design feature because most buildings have only a single façade using highly reflective glass to reduce heat absorption, but the Shanghai Tower’s double layer of glass eliminates the need for either layer to be opaqued. The tower is able to accommodate as many as 16,000 people on a daily basis.

Because Shanghai is in an inactive seismic zone and the construction site is in a river basin, the solid foundation of this skyscraper is very important. In order to stabilize the ground, the engineer first buried 980 foundation piles at a depth of 86m (282 feet), and then poured 61000m3 (2.15 million cubic feet) of concrete to set a 6m (20 foot) thick base plate to anchor the main building.
The exterior of the building spiraled up like a snake. It is very important for a super high-rise building in Shanghai to resist frequent typhoons.
The tower has two glass facades, one is the interior and the other is the exterior, just like the space between the two “pipes” of the overlapped “pipes” varies from 1 meter to 10 meters (3 to 33 feet) wide, providing more public space for the interior of the building. At the same time, space acts as a heat preservation layer, just like a hot water bottle. It’s environmentally friendly and cheaper.

For tourists, the visit to the Shanghai tower will not be completed unless they climb to the “Shanghai Observatory”, the world’s highest indoor observatory. From this height, you can enjoy the unique panorama of several skyscrapers such as the Huangpu River, the West Bund, Jinmao Tower and the world financial center on the east bank. It is suggested that tourists first visit the exhibition hall on the B1 floor, then take the fast elevator to the 118th floor within 55 seconds, and finally, if time permits, visit the “Shanghai eye” Exhibition on the 125 and 126 floors.