When you come to China, your tour won’t be perfect without exploring the Yangtze River. You can see more rural China while on one of the many available river cruise tours. The almost 4,000 miles of the Yangtze crosses eleven provinces and, for some, is the division between North and South China. If you start at its source in the Kunlun Mountains, you can also experience some Tibetan culture.

The First Bend of the Yangtze

The Yangtze River Bend, as its name denotes, is the spot where the south running river suddenly turns northward due to changes in the shape of the nearby mountain ranges which form a mammoth V shape at this spot. With the gradual deposit of fertile soil at this spot, a village slowly came into being, now called Shigu Town, meaning “stone drum” in Chinese. Since ancient times, this town has been important, linking Tibet with the outside world. Here Tibetan people bring their quality fell, hide and herbal medicine and take home tea, salt, cloth and other necessities. When market day comes, the town is incredibly crowded and noisy. In Shigu Town, gold sands of the first gulf in Yangtze River which is located in the west Lijiang City turn the direction 180 degree here, hurtle to open the mountain layer after layer to obstruct, turn around to go up north again and then the east go to. This gorgeous scene had become famous as the First Bend of the Yangtze River.

Three Gorges Dam, dam on the Yangtze River (Chang Jiang) just west of the city of Yichang in Hubei province, China. A straight-crested concrete gravity structure, the Three Gorges Dam is 2,335 metres(7,660 feet) long with a maximum height of 185 metres (607 feet). It incorporates 28 million cubic metres (37 million cubic yards) of concrete and 463,000 metric tons of steel into its design. When construction of the dam officially began in 1994, it was the largest engineering project in China. At the time of its completion in 2006, it was the largest dam structure in the world.

Leshan Giant Buddha is a 71-metre tall stone statue, built between 713 and 803, depicting Maitreya. It is carved out of a cliff face of Cretaceous red bed sandstones that lies at the confluence of the Min River and Dadu River in the southern part of Sichuan province in China, near the city of Leshan. In December, 1996, the location of the Buddha was included by UNESCO on the list of the World Heritage sites. Begun in the year 713 in the Tang Dynasty, and finished in the year 803, the statue took people more than 90 years to carve. During these years, thousands of workers had expended their efforts and wisdom on the project. As the biggest carved stone Buddha in the world, the Giant Buddha is featured in poetry, song and story.

Dujiangyan Irrigation System is a pearl in the irrigation work of ancient China, and it’s the oldest and the only preserved grand irrigation system in the world, which has no dam for water-diversion and still in service today. The system was built in 256 of Qin Dynasty (221 BC-206BC) under the leadership of Li Bing (李冰, the chief official of ancient Chengdu) and his son. Built over 2,200 years ago, Dujiangyan Irrigation System still provides benefits to the area, and it’s fame Tian Fu Zhi Guo (天府之国, means “country of heaven” or “land of abundance”).

Jiuzhaigou, literally means “Nine Villages Valley”, which is named after the nine Tibetan villages in the area. Jiuzhaigou County(previously known as Nanping County), it is about 540 kilometers away from Chengdu city and needs 8-10 hours’ drive due to the tortuous mountain roads. In the year of 1992, Jiuzhaigou Scenic Spot was dubbed as the World Nature Heritage Site. It fully captures the truth of Jiuzhaigou that there is need to see any other waterscapes after visiting Jiuzhaigou. Indeed, water is the soul of Jiuzhaigou and it is the most beautiful waterscape in China.

Small Three Gorges, Located at the downstream of Daning River,extending from the entrance of the Dragon-Gate Gorge in the South to Tujiaba in the North, which is the tributary of the Yangtze River at the part of Three Gorges, the Lesser Three Gorges is measured about 60 kilometers long in total. with an area of 160 hectares of forest.

Shibaozhai(石宝寨) is a hill along the bank of the Yangtze River (Chang Jiang) in Zhong County, Chongqing, China. This rocky and craggy hill has extremely steep sides and is about 200 meters (660 feet) tall. On the river side of the hill is a red pavilion which leans against the side of the hill providing a walkway to the temple at the top of the hill. One of the largest wooden temple, red pavilion built at the side of rock and has nine floors. A yellow entrance at the base of the pavilion provides an entrance.

The Yangtze River flows for nearly 4,000 miles through the heart of China, essentially dividing the country between north and south and offering a relaxing way to escape China’s traffic-choked streets and urban air pollution. The full-length river cruises cover about 1,400 miles of the 4,000.

Xiling Gorge in Yangtze River in Yichang is one of the Best Tourist Attractions and Top Things to Do when travel to Yichang, it introduces the main scenic spots,... 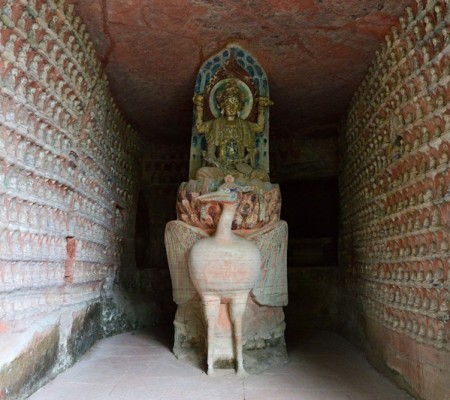 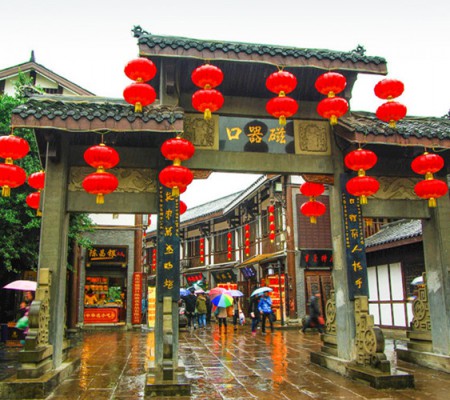 Why is Qutang Gorge So Special Qutang Gorge, also known as Kuixia. It starts from Baidi city in Fengjie County, Chongqing City in the West and reaches Daxi town... 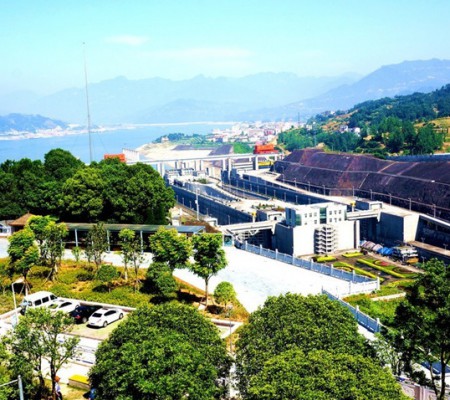 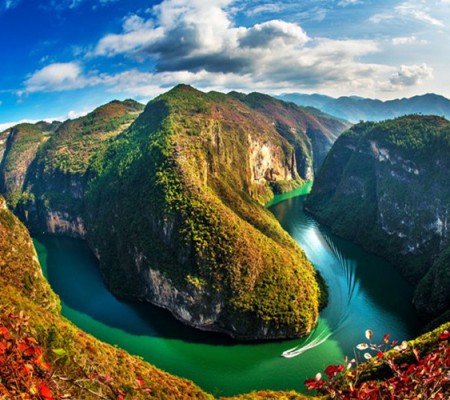 Three Gorges of the Yangtze River 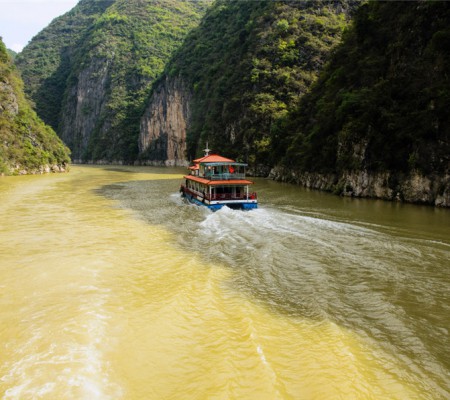 Shennong Stream in Badong County of Enshi is one of the Best Tourist Attractions and Top Things to Do when travel to Enshi, it introduces the main scenic spots,... 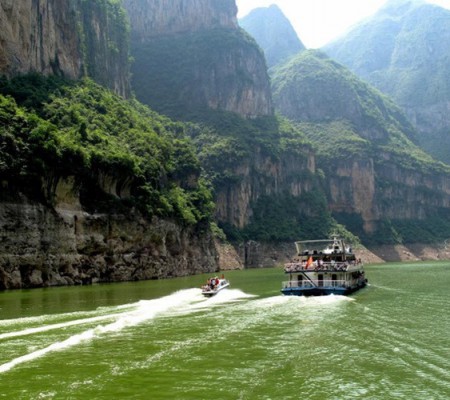 Lesser Three Gorges Small Three Gorges, Located at the downstream of Daning River,extending from the entrance of the Dragon-Gate Gorge in the South to Tujiaba in the North, which...