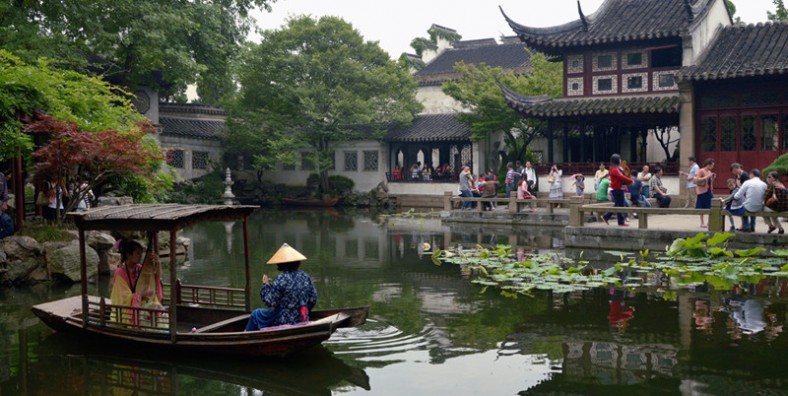 Liu Yuan is a large-scale Chinese classical private garden with an area of 23,300 square meters, representing the style of the Qing Dynasty. The garden is famous for its exquisite architectural art, magnificent halls and varied courtyards.

Why is Lingering Garden So Special?

Originally a classical private garden, it is one of the four most famous gardens in China. Possessing typical Qing style, it is well-known for the exquisite beauty of its magnificent halls, and the various sizes, shapes, and colors of the buildings. In 1997, it was recorded on the list of the world heritage by UESCO.

Where is Lingering Garden

Liu Yuan is located at 338 Liuyuan Road. Suzhou city, Jiangsu province, China. Liu Yuan is one of the four major gardens in China, as well as the Summer Palace in Beijing, chengde mountain resort and the Humble Administrator’s Garden in Suzhou.

Liu Yuan was founded in 1593 and was built as his private residence during the Wanli period of the Ming Dynasty. The garden was originally called East Garden, and the Huangshi rockery, which overlaps the pond in the middle and the pond to the west, was built at that time. After Liu Su died, he became the owner of the garden. Through reconstruction, Liu plated many bamboos and carved many stones out of his hobby. After expansion and renovation, it was renamed “Hanbi Villa”, commonly known as “Liuyuan”. In 1873, it was bought by Shengjia, who renamed it “Liuyuan”. Because “lingering” is the same pronunciation as “Liu” in Chinese, Liu is the last name of the former owner. This garden was inherited by Sheng Xuanhuai from his father. He abandoned the garden in 1911. It was in disrepair.

After the founding of the People’s Republic of China, the Suzhou government took over and renovated the garden. It was reopened to the public in 1954. In 1997, the garden was included in the UNESCO World Heritage List along with Humble Administrator’s Garden, Netizens Garden and Huanxiu Villa. Since then, it has remained a major tourist destination in Suzhou.

The garden is divided into four thematic parts: east, middle, west and north. Ancestral halls and houses are located to the south of the garden.

The central part is the oldest part of the garden. It features artificial mountain and lake views, similar to a long scroll of Chinese painting. Its center is a lake, with artificial mountains in the northwest and many fascinating buildings in the southwest, such as green shade pavilion, transparent tower, zigzag flow tower, Haopu pavilion, Hanbi mountain villa and the clear wind pavilion by the lake. These mountains are mainly composed of yellow stones and mud.

The east is famous for its pleasant gardens and elegant buildings. Behind the small entrance of the garden is a winding roof walkway leading to a quiet place, showing the clever use of large and small, straight and tortuous, and contrast of light and shade.

The west has set a good example of beautiful mounds dotted with Yellowstone Park and covered with maple trees. There is a winding brook flanked by peach trees and weeping willows.

In the north, there are huts with bamboo fences and rural scenery.

“The Hanbi Mountain Villa” is the main building in the central part, commonly known as Lotus Hall. The hall is tall and spacious, with simple furnishings, surrounded by thick shade of old trees, wind pavilions and moon pavilions, which belong to each other. The reflection of the balcony and the beauty of the mountain pool can be called pictures.

The pavilion is square and has four corners and a single eaves. It is built on a mountain with its north facing out of the water. Liu Shi called the pavilion a “moon-scooping pavilion”. On the side of the pavilion stands a stone in the Chi Pan. Its reflection pool is like a full moon, named Yin Yue. Sheng’s name was “Hao Pu Xiang Ting”. Today it is renamed Haopu Pavilion.

March-April and September-October are the best travel times in Lingering Garden.