Dating back some 2500 years, Suzhou is one of the oldest towns in the Yangzi Basin. With the completion of the Beijing-Hangzhou Grand Canal during the Sui dynasty, Suzhou began to flourish as a center of shipping and grain storage, bustling with merchants and artisans. By the 14th century Suzhou had become China’s leading silk-producing city. Aristocrats, pleasure seekers, famous scholars, actors and painters arrived, constructing villas and garden retreats.

More about History of Suzhou

The Islam History in Suzhou can be traced back to Taiding period (1324-1327) in the Yuan Dynasty. Muslims from western regions of China immigrated to Suzhou and built the first mosque. The majority of Muslims in Suzhou are mostly Hui people with their ancestors having migrated to Suzhou from other parts of China. Before 1949, there were 7 mosques in Suzhou with Muslims living nearby. Most of the mosques were damaged during the Culture Revolution (1966-1976) and only one now remains in Suzhou, this is the Taipingfang Mosque which was rebuilt on the original site in 1982.

More about Mosques in Suzhou

Suzhou City has a colorful and rich history marked by a number of beautiful temples that date back hundreds of years. While these temples may not be world-wide famous, they each have their own unique history and special significance to Suzhou, and all are worth a visit to see!

More about Temples in Suzhou

Located in Suzhou Industrial Park,  Dushuhu Church has been serving local and expatriate believers since May 2010, well known as a heavenly place and a spiritual paradise.

Suzhou is called the City of Garden, possessing more than 100 gardens of various sizes. Most of which are private gardens, embodied the owner's feelings by means of the garden landscaping, specializing in compact, random, delicate, quietly elegant, and enjoyable. The classical gardens prevail in the features of artistic conception, exquisite construction, elegant style and plentiful cultural connotation. In addition to the classical gardens, there are also gardens like Pavilion of Surging Waves, Lion Forest Garden, the Lingering Garden, Garden of Couple's Retreat and the Garden of Quiet Meditation, etc.

Famous Landmarks in Suzhou are considered the name card of Suzhou. Of course, speaking of Suzhou’s landmark, It is unnecessary to list all the top tallest buildings in Suzhou. A city’s landmarks don’t have to be physically tallest, but they should have important impact on people’s minds in terms of their history, culture, intriguing stories behind them and spectacular buildings as well, which reflect the city’s image and characters. Plan your Suzhou tour? Below are the top landmarks you shouldn’t miss.They are somehow, represent a certain character or role Suzhou played to the world. Come with China Dragon Tours, to witness and appreciate those famous Suzhou Landmarks.

People praise Suzhou, describing it as “Heaven on Earth”. It’s a place with beautiful landscapes and prominent historical figures. Suzhou not only has enchanting scenery, but also delicious food. Suzhou dishes are generally on the sweet side and there are many varieties. As one of the eight famous culinary art forms in China, “Jiangsu cuisine” is derived from local time-honored culinary skills and obtains its unique sweet flavor from a strict selection of local and seasonal ingredients. You should come to Suzhou even just to experience the amazingly rich variety of the Suzhou cuisine.

The attractions of Suzhou exist not just in its scenic and artistic landscaping and architecture. Suzhou is also a paradise for gourmets, with its long history and thousands of years of culinary experience and culture. The characteristics of Suzhou cuisine lie in its delicate preparations, emphasis on ingredients quality and its uniqueness in their dishes look and taste. Suzhou food delicacies tend towards the sweet side while retaining the ingredients’ natural flavor.

Must-eat Dishes and Snacks in Suzhou

More about Snacks in Suzhou

The Suzhou dialect(苏州话), also known as Suzhounese, is the variety of Chinese traditionally spoken in the city of Suzhou in Jiangsu Province, China. Suzhounese is a variety of Wu Chinese, and was traditionally considered the Wu Chinese prestige dialect. Suzhounese has a large vowel inventory and it is relatively conservative in initials by preserving voiced consonants from Middle Chinese. The Suzhou dialect is mutually intelligible with dialects spoken in its satellite cities such as Kunshan, Changshu, and Zhangjiagang, as well as those spoken in its former satellites Wuxi and Shanghai. It is also partially intelligible with dialects spoken in other areas of the Wu cultural sphere such as Hangzhou and Ningbo. However, it is not mutually intelligible with Cantonese or Standard Chinese; but, as all public schools and most broadcast communication in Suzhou use Mandarin exclusively, nearly all speakers of the dialect are at least bilingual. Owing to migration within China, many residents of the city cannot speak the local dialect but can usually understand it after a few months or years in the area.

Kun Opera is one of the oldest operas in China, and it is also one of the treasures of Chinese traditional culture and art. Kun Opera integrates singing, dialogue, acting, acrobatics, dancing and material arts. It is praised as “the origin of all operas” for its elegant tunes and lines, melodious aria and delicate performance.

In 2001, UNESCO (the United Nations Educational, Scientific and Cultural Organization) proclaimed Kun Opera as a masterpiece of “the oral and intangible heritage of humanity.”

Kun Opera originated in the late period of the Yuan Dynasty (Mid-14 century) around the area of Kunshan City, Suzhou. At the beginning, the arias of Kunshan melodies were just folk tunes at the beginning and spread only in Suzhou. In the Wanli era, Kun Opera started to reach other places south of the Yangtze River and north of the Qiantang River from Suzhou. It finally reached Beijing in the late times of the Wanli era. Then, Kunshan melody became the most influential genre of operas from the middle of the Ming Dynasty to the middle of the Qing Dynasty.

"Suzhou Pingtan", a general term which includes 'Pinghua'-storytelling without music - and "Tanci"-singing in the local dialect-originated in Suzhou city of Jiangsu province 400 years ago and is performed in the Suzhou dialect. It was listed as China's intangible cultural heritage by the Ministry of Culture of China in 2006. "Pingtan" is known for its story telling, joke telling, music playing and aria singing. For "Pinghua", there is normally only one narrator who holds a fan and a piece of wood while telling stories. "Tanci" is mostly performed by two singing narrators, accompanied by two traditional Chinese string instruments called “Sanxian” and “Pipa”.

Suzhou is located in the eastern part of China. Found at the end of the Yangtze River the city is considered by some to be charming with its canals, bridges, and is sometimes call the “Venice of China.” From this base, tea drinkers can explore the area and get a chance to try another famous tea called Biluochun Tea. Biluochun is a different variety of green tea. Tasters report that the tea has a strong aroma when steeped but has a light floral flavor when drunk. Tea cultivated from this area can be tried in various places within Suzhou.

Arts and Crafts in Suzhou

Suzhou fans have a long history and are famous at home and abroad. The exquisite sandalwood fan, folding fan, silk palace fan, paper fan are all characteristic of arts. The production of sandalwood fan include zigzag shaped steel thread on the two ends of a bamboo bow and the engraving of flowers with it. “Ironing Flowers” refers to the drawing of flowers and characters on the spread sandalwood fan with an electric pen. The drawing is vivid, with clear gradations, has the effect of drawing on paper. “Drawing Flowers” refers to the drawing of women, flowers and birds, mountains and waters on the silk on the upper half of the fan. The picture is colorful and the drawing is fine and delicate.

In addition to its stunning gardens and flowing canals, Suzhou has been at the centre of China’s illustrious silk trade for centuries. Delve into the ancient techniques and fine craftsmanship of Suzhou’s most famous export. Because of its historical association with riches and royalty, Suzhou has had a major part to play in the prosperity of China’s silk trade. Silk was, of course, the material of choice for the garments of the ruling classes and, since the arrival of the gentry, cultivation of silk has been an integral branch of Suzhou’s past. As a city famous for its silk products for a quite long time, Suzhou is one of the best places to purchase silk handicrafts,

This intricate craft uses the olive pit (or stone) as a tiny canvas for highly intricate and detailed carvings to create a miniature 3-D works of art. The best-known olive-pit carving was created in 1737 and depicts a boat with eight people, furnishings and 300 characters from a Chinese poem. That masterpiece can be seen in Taiwan’s National Palace Museum.

Song Brocade, as its name implies, is a kind of brocade developed during the Song Dynasty (960-1279). It is mainly produced in Suzhou, the ancient “Silk City,” and hence is also called Suzhou Song Brocade. As an ancient city of silk famous in China, Suzhou has been recognized as the land of brocade and satin. Suzhou Song Brocade is characterized by its bright color, exquisite patterns, and solid but soft texture, and has been acknowledged as one of the three types of celebrated brocade in China, together with Yun Brocade of Nanjing and Shu Brocade of Sichuan.

“Crushing Gods” is a traditional public activity. It is related to Lv Dongbing who is one of the Eight Immortals in Chinese legends. It is said that the 14th of April is the birthday of Lv Dongbing in the Chinese Lunar Calendar. On that day, he would pretend to be a beggar walking among the crowds. If someone walked past Lv Dongbing, he or she would have good luck for the following year. As a result, many people went shopping on that day. Nowadays, this traditional event has developed into an annual temple fair. In the Immortal Temple, there are many food stands, fish shops, handicraft shops on that day. Altogether, it is a very unique experience to be had.

Suzhou has a long history of holding temple fairs at the mountain in autumn. In old times when people had little entertainment, the temple fair was a prime festive event where folks could unwind, celebrate the autumn harvest, satisfy their craving for delicacies and otherwise just have fun. For many Suzhou seniors, it's a must-have event. Standing in the northwest suburbs of Suzhou, Tiger Hill is a signature spot in the city that rises 36 meters. Built in AD 327, the Tiger Hill Temple is still prosperous today, though most of its buildings were destroyed long ago, leaving behind only the ancient pagoda. The pagoda's timber has been burned repeatedly by warfare and from lightning strikes, yet it still stands, albeit at a slant to the northeast. Therefore, it is also known as "China's Leaning Tower of Pisa."

Whether you're interested in local history, dinosaurs or beer, a museum is a great way to burn a couple hours on a miserable day. To help you decide what institution you should check out, China Dragon Tours lists the following museums for your reference.

More about Museums in Suzhou 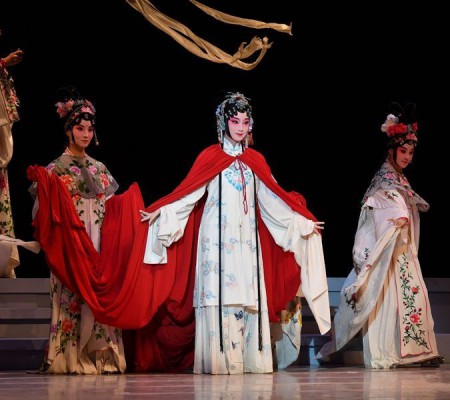 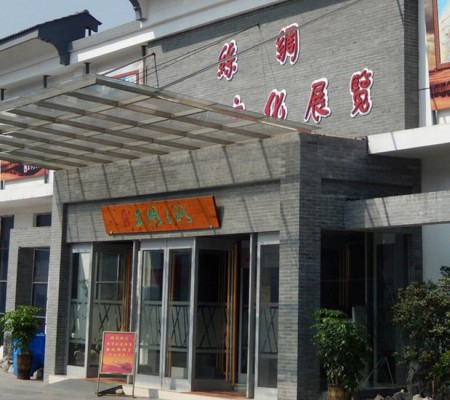 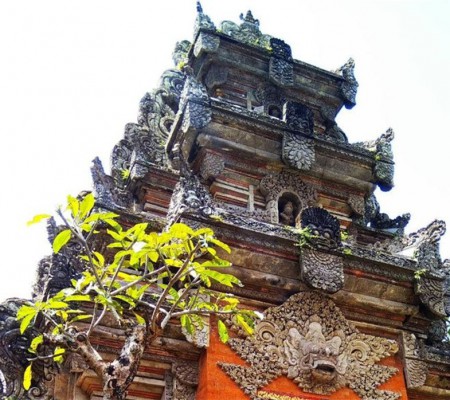 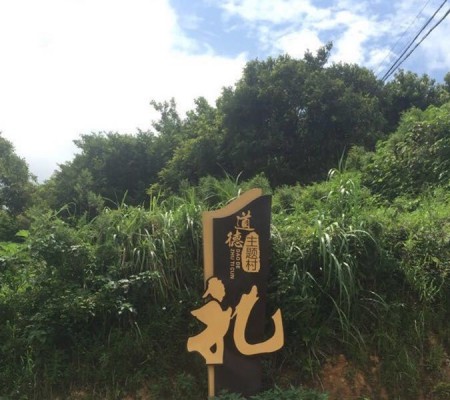