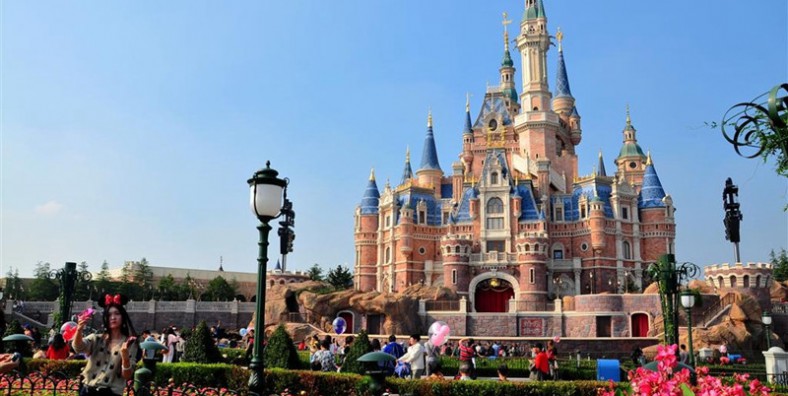 Shanghai Disneyland Park is one of the sixth largest cities in the world and the first in mainland China. It has created many records in the existing Disneyland parks. It has the highest theme Castle: magic storybook castle, the first garden design area and the first pirate theme garden.

Why is Shanghai Disneyland Park so Special?

Shanghai Disneyland is one of the sixth largest cities in the world and the first in mainland China. It has created many records in the existing Disneyland parks. It has the highest theme Castle: magic storybook castle, the first garden design area and the first pirate theme garden. It also combines movie characters with Chinese elements, such as the fresco of the Chinese zodiac in the garden of imagination. There are seven theme attractions in the park. The seven themed areas are Mickey Avenue, Gardens of Imagination, Fantasyland, Treasure Cove, Adventure Isle, Tomorrowland, and Toy Story Land.

Where is Shanghai Disneyland Park?

Mickey Avenue, the entrance of the park, is the park’s equivalent to Main Street, U.S.A. The area is inspired by the personalities of Disney cartoon characters such as Mickey Mouse, Minnie Mouse, Donald Duck, and Chip ‘n’ Dale as well as Disney films, including Ratatouille, The Three Caballeros, and Lady and the Tramp. Avenue M Arcade, the largest gift shop in the park,[28] is modeled after the Carthay Circle Theater. The Storytellers statue, which depicts a young Walt Disney and Mickey Mouse, is at the end of Mickey Avenue and in front of the Gardens of Imagination.

The hub of the park, this land features seven 4.5-hectare (11-acre) Chinese gardens with each of the twelve animals of the Chinese zodiac represented by Disney characters. Attractions include Dumbo the Flying Elephant, Fantasia Carousel, and Marvel Super Heroes at Marvel Universe, a meet-and-greet pavilion featuring Marvel characters. Entertainment includes castle stage shows as well as the nightly Ignite the Dream, A Nighttime Spectacular of Magic and Light. Mickey’s Storybook Express, a parade with a musical soundtrack and colorful performers on the longest parade route in a Disney park.

Fantasyland is the park’s largest land themed to Disney animated films. The land features the 197 ft (60 m) Enchanted Storybook Castle, themed to Disney princesses. The castle is the largest in any Disney theme park and features the Royal Banquet Hall restaurant, a boutique, and Voyage to the Crystal Grotto, a boat ride around and under the castle that takes guests past scenes from films including Tangled, Aladdin, Mulan, Fantasia, The Little Mermaid and Beauty and the Beast. Attractions include Seven Dwarfs Mine Train, Peter Pan’s Flight, The Many Adventures of Winnie the Pooh, For the First Time in Forever: A Frozen Sing-Along Celebration, Alice’s Curious Labyrinth, a walk-through hedge maze inspired by the 1951 and 2010 versions film adaptations, and the Hunny Pot Spin, a spinning Teacups-style ride themed to The Many Adventures of Winnie the Pooh.

Adventure Isle is the park’s counterpart to Adventureland. Focused around a mysterious lost world full of hidden treasures, the land features Roaring Rapids, a river rapids ride through the land’s towering Roaring Mountain and Soaring Over the Horizon, a hang gliding flight experience across the world. Additionally, the land features Tarzan: Call of the Jungle, a live acrobatic stage show, and Camp Discovery.

Tomorrowland is the park’s futuristic-themed land. Unlike the other Tomorrowland, this version does not have Space Mountain and instead is home to TRON Lightcycle Power Run, an indoor Tron-themed roller coaster. Similarly, instead of an Astro Orbiter attraction, Shanghai’s park includes a spinning Jet Packs ride. Other attractions include Star Wars Launch Bay, Stitch Encounter, and Buzz Lightyear Planet Rescue, a variant of previous Buzz Lightyear dark rides.

This Toy Story franchise-themed land, the park’s first expansion, opened on April 26, 2018. The original plans for Shanghai Disneyland called for a Toy Story area with three rides, two restaurants, a show, and a gift shop. The Celebration Café, a restaurant that opened on opening day, was meant to be in Toy Story Land. Additionally, the nearby bathrooms are the same as the Toy Story Green Army Men attractions found at the other parks.

The following performances are covered by the entrance ticket.