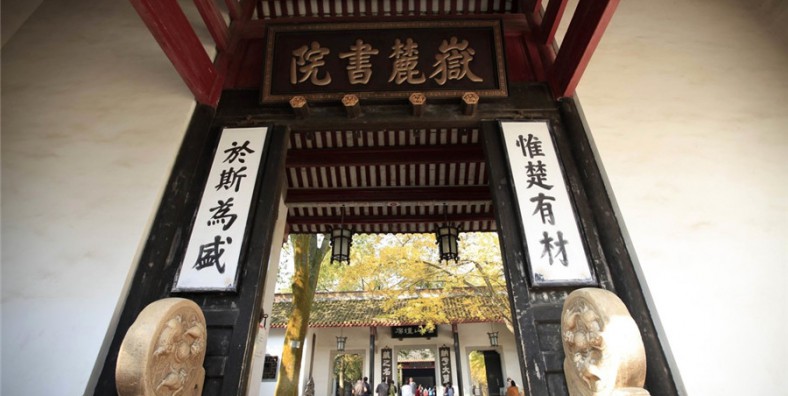 The Yuelu academy is the only one of the ancient Chinese academies of classical learning to have evolved into a modern institution of higher learning. The historical transformation from Yuelu Academy to Hunan University can be seen as emblematic of the development of China's higher education.

The Yuelu Academy is on the east side of Yuelu Mountain in Changsha, the capital of Hunan province, China, on the west bank of the Xiang River. As one of the four most prestigious academies over the last 1000 years in China, Yuelu Academy has been a famous institution of higher learning as well as a centre of academic activities and cultures since it was formally set up during the Northern Song dynasty.

Why is Yuelu Academy So Special?

The academy is the only one of the ancient Chinese academies of classical learning to have evolved into a modern institution of higher learning.[citation needed] The historical transformation from Yuelu Academy to Hunan University can be seen as emblematic of the development of China’s higher education, a change which mirrors the vicissitudes of education system in mainland China. As a part of Hunan University, today the academy is a center of publication and research.

The Yuelu Academy was founded in 976, the 9th year of the Song dynasty under the reign of Emperor Kaibao, and was one of four most renowned shuyuan (academies of higher learning). In 1903 the academy became a university, and in 1926 it was officially named Hunan University. The academy was converted into Hunan Institute of Higher Learning in 1903. It was later renamed Hunan Normal College, Hunan Public Polytechnic School, and finally Hunan University in 1926.

How to Get to Yuelu Academy in Jiuzhaigou?

If you want to get rid of hustle of transportation and troublesome navigation, you can book a private tour package which covers visiting, dining and transfer from us. Our local tour guide and driver will escort you to Yuelu Academy with speed and convenience, and take care of all the details. You just need to focus on travel.

One thought on “Yuelu Academy in Changsha”