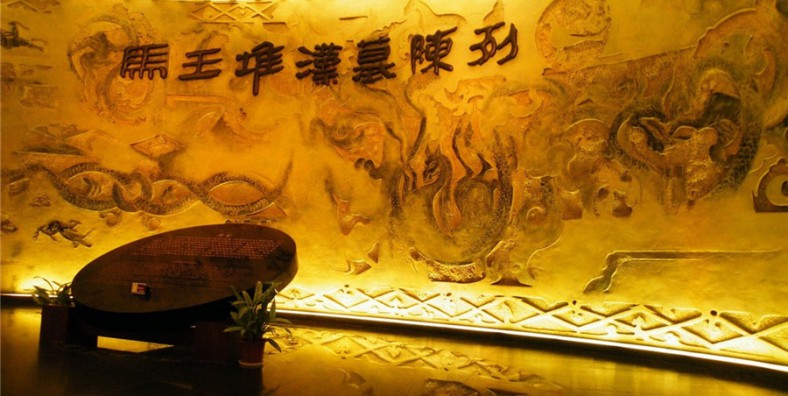 Why is Mawangdui Han Tombs So Special?

The excavation of the three Western Han Dynasty Tombs at Mawangdui, Changsha, which took place between 1972 and 1974, was one of the world’s most important archaeological discoveries of the 20th century. The fully preserved tomb structure as well as a wealth of funerary items serve to fully embody everyday life and funeral concepts during the Han Dynasty.

Where is Mawangdui Han Tombs?

Located in the eastern suburb of Changsha city, Mawangdui Han Tomb is about 4 kilometers away from the downtown. The address of the tomb is No. 89 Guhan Road, Furong district, Changsha. And it lies about 3 km from Changsha Railway Station.

How to Get to Mawangdui Han Tombs?

If you want to get rid of hustle of transportation and troublesome navigation, you can book a private tour package which covers visiting, dining and transfer from us. Our local tour guide and driver will escort you to Mawangdui Han Tombs with speed and convenience, and take care of all the details. You just need to focus on travel.

What to See in Mawangdui Han Tombs

Plain unlined gauze gown Early Western Han Dynasty (206 B.C. to 163 B. C.) Length: 128cm, overall length of sleeves: 190cm, weight: 49g Unearthed from Xin Zhui’s tomb. It weighs 49 grams. This fabric, which is as thin as a cicada’s wing, was described by the people of the Han Dynasty as “light as clouds and mist”. This piece of clothing, the earliest, thinnest and lightest discovered to date, showcases Western Han weaving technology at its peak, and represents the highest standards in silkworm cultivation, harvesting and weaving techniques in the early Han Dynasty.

Liubo chess set Early Western Han Dynasty (206 to 168 BC) Height 17cm, length: 45cm, width: 45. Unearthed from Tomb No.3 (Li Xi’s Tomb) Liubo was an elegant competitive game. When playing, two players sit down on the two sides of the board and face each other, holding black and white chess pieces respectively. Two players would alternately cast the die and move the chessman, and the one who obtained more chips would be the winner.

Lacquer Tray: Early Western Han Dynasty (206 B.C. -163 B. C.) Unearthed from Xin Zhui’s tomb Five small lacquer dishes containing food, 2 lacquer zhi and 1 eared cup were arranged on the lacquer tray at the time of unearthing. There was also a skewer used for holding pieces of meatand one pair of bamboo chopsticks, making it convenient to drink wine and eat food. It suggests that nobles ate their meals on individual tray in the Han Dynasty. A separate tray was placed in front of each person, with a set of dinnerware.

One thought on “Mawangdui Han Tombs in Changsha”