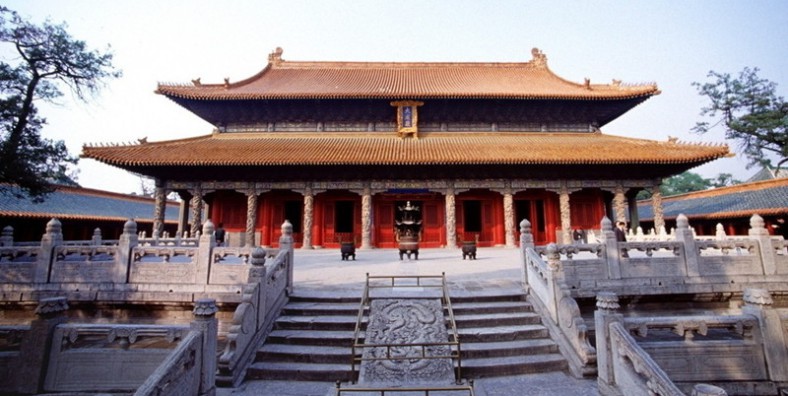 Confucius Temple in Qufu is called a "solitary example" in the history of world architecture by Liang Sicheng, an architect. In 1961, the State Council listed "Three Holes" as a national key cultural relic protection unit. It was listed as "World Cultural Heritage" by UNESCO in 1994.

Why is Temple of Confucius So Special?

Qufu Confucius Temple (Kong Miao in Chinese), at the hometown of Confucius, is the most famous and the largest temple of its kind in the memory of the sage. His ideology was developed to the influential Confucianism, which has had the most enduring and profound effect over Chinese culture.

Where is Temple of Confucius

Located inside the south gate of Qufu, Shandong, the Temple of Confucius is a group of grand buildings built in oriental style. Together with the Summer Palace in Beijing and the Mountain Resort of Chengde , it is one of the three largest ancient architectural complexes in China.

History of Temple of Confucius

The Confucius Temple in Qufu began in 478 BC, the second year after the death of the sage, when there were three houses. As Confucianism becomes the standard of Chinese culture every year, its scale expands accordingly. Sacrifices are usually provided by the emperor himself or a high-ranking official appointed by the emperor. In the Qing Dynasty (1644-1911), Emperor Ganlong sacrificed here eight times. The gate of the temple is named Lingxing Gate. Ling Xing is the legendary star of literacy. When the emperor sacrificed to heaven, he first sacrificed to Ling Xing. The scale of sacrifice is as large as that given by heaven. This makes us understand the importance of saints in history.

Dacheng Palace, Confucius Temple The existing temples were rebuilt and renovated in Ming Dynasty (1368-1644) and Qing Dynasty (1644-1911). It is modeled on the royal palace and divided into nine courtyards. The main building extends along the north-south axis and the subsidiary buildings are symmetrically arranged. The whole group includes three halls, a pavilion, an altar and three ancestral halls. There are 466 rooms and 54 gates, covering 218,000 square meters (2,346,609 square feet). Yellow tiles and red walls are covered with delicate decorations, making this place very grand.

Following the Sage Gate (Sheng Da Gate), these buildings are divided into three parts. The central part is to sacrifice for Confucius and other scholars and saints. The east is a sacrifice for his ancestors, while the west is for his parents.

However, Qufu Confucius Temple is famous not only for its magnificence, but also for the rich cultural relics found there. The 2100 stone tablets left over from past dynasties are exquisite displays of calligraphy and stone carvings.

Layout of Temple of Confucius

The following three exquisite areas are the richest and most representative of the Temple’s beautiful architecture:

At the Temple, when surrounded by the stately halls, elegant pavilions, dignified memorial archway, and classical courtyard, every visitor will gain an insight into the life of Confucius and his role in Chinese culture.

Traffic Information No.9 bus gets off at the south gate of Confucius Temple and walks 200 meters to the scenic spot.