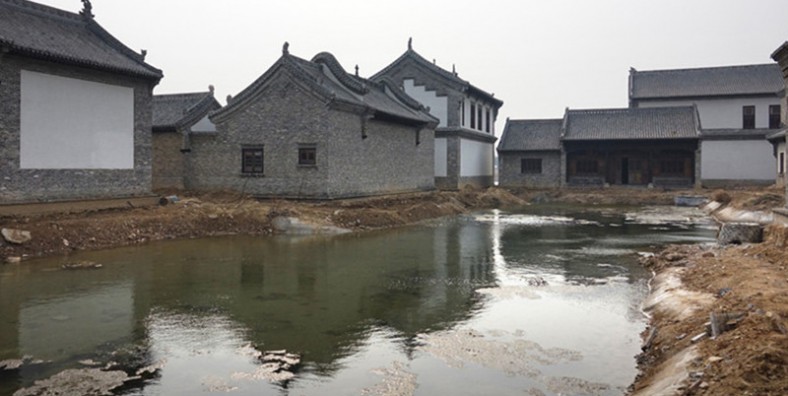 Founded in the 1930s, it is a famous scenic and convalescent area in China with an area of over 70 hectares.

Why is Eight Passes So Special?

Eight Passes is the scenic spot that best reflects Qingdao’s “red tiles, green trees, blue sea and blue sky”, and is located in the northern part of Huiquanjiao scenic spot in Qingdao city, Shandong province.
The so-called “Badaguan” is because there are eight roads (up to ten now), named after the famous pass of the Great Wall in ancient China. This is a well-known villa area, known as the “World Architecture Museum”.

Eight Passes area is covered by mountains and seas, with dense trees. It was a hunting area during the German occupation. The first building here, Huashi Villa, is located at the second bathing beach in Eight Passes Taiping Cape. It was originally the German Governor’s summer hunting villa and was built in 1906 in the style of a medieval castle.

There are different trees on these different roads, such as the blooming peaches on Shaoguan Road in spring, crape myrtle on Zhengyangguan Road in summer, and golden gingko on Juyongguan Road in autumn. They are both important architectural and cultural exhibition areas and famous tourist resorts. Therefore, they have always been popular with tourists.

Eight Passes is one of the largest wedding photography centers in China. Almost every day, dozens of newly-married couples take pictures on the seashore and green space of the district.

Here is a collection of architectural styles from more than 20 countries including Russia, Britain, France, Germany, the United States, Denmark, Greece, Spain, Switzerland and Japan.

The western part is the American-style building “Donghai Hotel” with bright lines. Close to the second bathing beach, it is a newly built Huiquan small auditorium built after liberation. It is made of granite, a specialty of Qingdao, with elegant colors and solemn and beautiful shapes. With the addition of small villas of unique ingenuity, Eight Passes has gained the reputation of “World Architecture Expo”

“Eight Passes” is characterized by the integration of the park and the courtyard. It is full of lush trees, flowers blooming all the year round, and trees with different varieties along ten roads.

A new peach grove has been planted in the northeast corner of Eight Passes, becoming another good place for people to go for a spring outing. The southwest corner is lined with green cypresses, and the double green cypresses are separated into “boxes” which are loved by many couples. Therefore, it is also called “love corner”

Huashi Villa, No.18 Huanghai Road, was built by a Russian personality Rasimov in 1932. It was built of granite and pebbles, hence the name Huashi Villa.

At the beginning of the German occupation of Qingdao, German governors used to ride horses here to hunt and swim in the sea, and later turned it into a bathing beach.

Princess Building is located at No.10 Juyongguan Road. It is a typical Danish building. It was built in the 1930s. The whole building has unique shape and unique style.

Badaguan block symbolizes that Chinese architects have officially stepped onto the historical stage, that Qingdao’s architectural art has got rid of a single colonial color, and that it has become another successful example for Chinese culture to absorb foreign civilization.

Take Metro Line M3 and get off at Taipingjiao Park Station.