Tianjin Attractions include a list of top things to do and must-see attractions in Tianjin. All attractions picked by our seasoned travel advisors and rated by our customers. Following is the list of Top Attractions in Tianjin by TripAdvisor. Tianjin is one of the best travel destinations in China. You will know the past, present and future of Tianjin through the historical relics, natural sceneries, temples, churches, assembly halls and commemorative sites of Chinese revolution. When you come to Tianjin, you can enjoy many buildings with extraordinary and exotic architectural styles, a real feast for the eyes.

Tianjin, as one of the most developed cities in China, is an epitome of modern urban China with the most intriguing history. Tianjin is gifted with rich tourist attractions related to its long and complicated history.

More about Mosques in Tianjin

Religious culture seems like complex idea to study from the perspective of concepts. After all, scholars and philosophers have long debated the meaning of these terms and the impact they have had on our comprehension of the social world around us. For visitors, the temples, mosques, churches are the best places to experience the religious culture.

More about Temples in Tianjin

Tianjin is the definition of a modern capitalistic metropolis, yet its religious prevalence cannot be ignored. Some of China’s most beautiful churches and sanctuaries are right here in Tianjin, so come discover what they are!

As a city with profound historical background, the number of museums in Tianjin is beyond your imagination. A museum can let us know what happened in past. Every place has its own history, and museums are the records that record the historical changes. The gorgeous Tianjin makes people very easy to forget the glory of Tianjin. If you are interested in the history of Tianjin, the museums will be a good choice for you.

More about Museums in Tianjin

The traditional function of these places is mainly to meet the leisure needs of urban residents, providing places for rest, excursions, exercise and hosting various collective cultural activities. For people who have kids, these places are good choices. Especially, they are the best places to have a good weekend after busy weekdays.

More about Parks in Tianjin

The visitors who plan to go to Tianjin will be surprised at the historical & cultural sites and former residence in Tianjin. The former residence is the first choice for those people who are interested in China's history. What's more, these places are the best choices to take a education tour, which can help students learn more knowledge related to history.

As one of the most developed cities in China, Tianjin, it is one of the fastest growing cities in the world in terms of skyscraper construction. Tianjin is honored as a 'Building Museum' as it was occupied by nine foreign imperial powers before, leaving behind many buildings with extraordinary and exotic architectural styles, a real feast for the eye!

Other Attractions in Tianjin

Taipingzhai Great Wall in Tianjin is one of the Best Tourist Attractions and Top Things to Do when you travel to Tianjin, it introduces the main scenic spots, entrance... 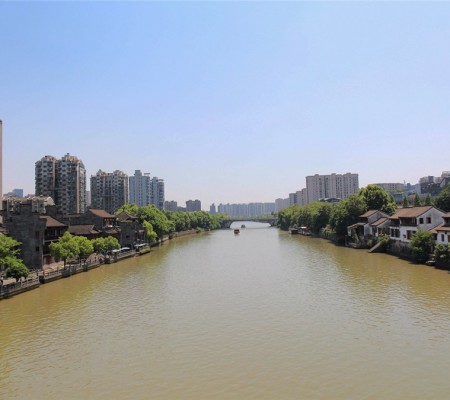 Former Residence of Lu Zhonglin in Heping District, Tianjin introduces the main attractions, reviews, entrance tickets booking, The best time to visit, How to Get there, the highlights, facts,...

Former Site of Shengluyi Church Middle School in Heping District, Tianjin introduces the main attractions, reviews, entrance tickets booking, The best time to visit, How to Get there, the...

Tanggu Beitang Fishing Village in Tianjin introduces the main attractions, reviews, entrance tickets booking, The best time to visit, How to Get there, the highlights, facts, history, photos,weather, accommodation,...

Jingu History Folk Custom Museum in Binhai New Area, Tianjin introduces the main attractions, reviews, entrance tickets booking, The best time to visit, How to Get there, the highlights,...

Tourism Trade Area of Tianjin Ancient Culture Street introduces the main attractions, reviews, entrance tickets booking, The best time to visit, How to Get there, the highlights, facts, history,...