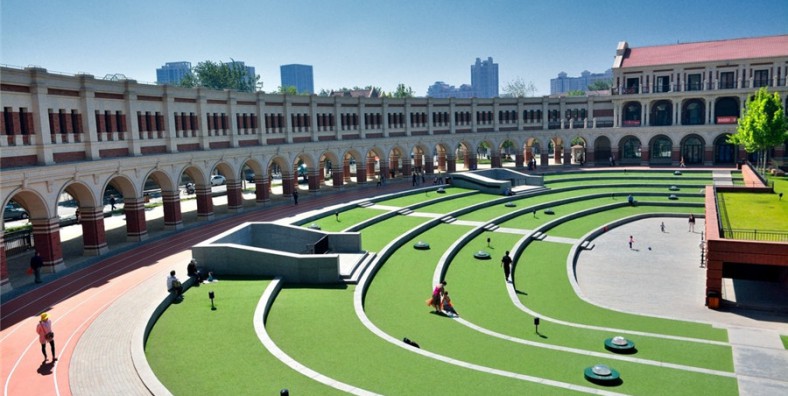 It is the most complete building complex in Tianjin and even in China. Tianjin people call it "Fifth Avenue".

Why is Five Great Avenues So Special?

The area enjoys the reputation of “World Architecture Expo” and is a truly unique urban landscape of Tianjin. It has over 230 buildings of various types from Britain, France, Italy, Germany and Spain, and over 50 houses where famous people have lived. Its architectural styles are rich and colorful, including Renaissance, Greece, Gothic, Romanticism, Eclecticism and Carson. These characteristic factors constitute the real artistic pleasure of this scenic spot. When sitting on a carriage on the 5th Avenue, it provides an opportunity to watch a truly unique urban landscape. It has become a tourist destination, truly showing the charm and history of the city.

Where is Five Great Avenues

Fifth Avenue, Tianjin Heping District, is located in a rectangular area south of the city center.

At the end of the 19th century and the beginning of the 20th century, the Fifth Avenue area was originally a puddle lake south of Tianjin.

After the 1911 Revolution, Fifth Avenue became a “state within a state” because of changes in society and government, concession became a political haven, and Tianjin benefited from geography, transportation and customs and was full of business opportunities.

The Layout of Five Great Avenues

The Five-Avenue Area is a rectangular region in Heping district. It refers to the south of Chengdu Street, east of Xikang Road, north of Machang Street, Nanjing Road and west of Machang Street. There are a total of 22 roads and they stretch for 17 km. except for the European-style architecture in this area, there is also a residential area nearby, with the first small Western-style residential area for foreign people who opened up concessions, whose residence next to the office area, close to Jiefang Road, around the former Italian concession in the east of Marco Polo Plaza. There are local people living here. Visitors can experience the local life there.

It spans 3216 meters (3517 yards) and is the earliest, widest and longest avenue in the Fifth Avenue. During the visit, please pay special attention to villa 121, which is a typical Spanish villa. The museum on this street is one of the earliest museums in China. Built in 1922, it is a Roman style building. Tianjin Institute of Industry and Commerce, now Tianjin Foreign Studies University, was founded in 1921 with a huge Gul wall and a Mansel tiled roof. It is a French Roman building.

Dali Avenue is 1745 meters (1908 yards) long. The representative villas here are villas 3 and 5. On the outside, the 3rd is romantic French style, while on the inside, it is decorated with many delicate wood carvings into traditional Chinese style. No.5 is a courtyard that combines Chinese and western styles. The stones, bricks and wood carvings inside are very attractive.

It is the shortest of the five major thoroughfares, with a total length of only 1219 meters (1333 yards). There are also many western-style villas on both sides.

No.55 is the best in this street and is worth a visit. It has western-style eaves, Chinese patio and decoration, and is a luxurious house combining Chinese and western styles. To the east of the courtyard is a Chinese garden with rockeries, caves and hexagonal pavilions.

Its width is about 24 meters (26 yards), which is the widest one in the Fifth Avenue. Villa 14 is a typical “cubism” style, emphasizing the use of lines and sculpture. No.60 is a modern but simple style. 93 is English.

The best time to visit is all the seasons.

The main climatic characteristics are clear seasons, windy spring, drought and less rain. Summer is very hot and the rain is very concentrated. In autumn, the air is cool and the temperature is moderate. Winter is cold and dry with less snow. Therefore, the four seasons are the best season to visit Tianjin.

There are carriages in this area. Riding it, tourists can not only enjoy exotic buildings, but also experience the life of celebrities who once lived here. It cost CNY 80 pounds to ride once. Rickshaw, electric bicycle and bicycle can also be bought.