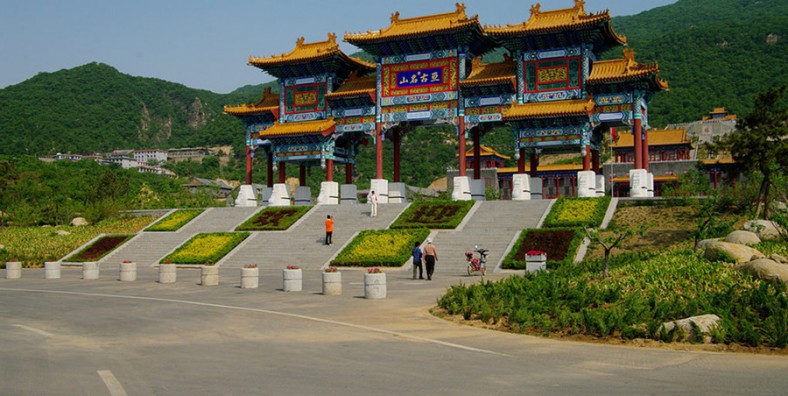 It is a national scenic spot and a national 5A scenic spot. It is a tourist and leisure resort where natural mountains and rivers merge with scenic spots and historic sites and Buddhist culture and royal culture merge.

Why is Panshan Mountain Scenic Area So Special?

Recently, Panshan Mountain has become an excellent place for Beijing and Tianjin residents. Panshan Mountain is proud of its unique hills, forests, springs and rocks. There are three bends: upper bend, middle bend and lower bend. The upper layer is famous for pine trees. The middle of the rock; The lower the spring.

Where is Panshan Mountain Scenic Area

Panshan Scenic Area covers 26,193 acres (about 106 square kilometers) and is located in Jixian County, 70 miles (110 kilometers) from Tianjin and 40 miles (60 kilometers) from Beijing. As the name implies, this scenic spot is mainly scenic mountain. Panshan, with its natural beauty and historical heritage, is known as “the first mountain east of Beijing” and is listed as one of China’s 15 famous mountains.

This mountain got its name in the early Eastern Han Dynasty (25-220).

Tang Taizong, the second emperor of the Tang Dynasty (618-907), was full of praise for the scenery when he led the army to a battle during an occasional visit.

In Ming Dynasty (1368-1644) and Qing Dynasty (1644-1911), 72 temples, 13 pagodas and countless mountain towers and pagodas were built on the mountain. Ganlong was a brilliant and wise Qing emperor. He was deeply impressed. He visited about 30 times and wrote 1366 poems to express his admiration for the region.

In the first half of the 20th century, the whole resort was destroyed due to hostility and neglect. Since the 1990s, it has gone through a process of recovery and has now regained its reputation.

At its top, countless pine trees cover the sky and block the sun. Rugged rocks of various shapes, some like toads, generals or pythons, will meet you in the middle of the mountain. At its feet, clear water splashed on the rocks. This mountain consists of five peaks, the main peak of which is Guayuefeng. Although GuaYue Feng is only 2835 feet (864 meters) above sea level, part of the Great Wall can be seen in the north, while Taihang Mountain can be seen in the west.

Religious culture is an important part of Panshan Mountain. Historically, Buddhism and Taoism have been intertwined in their development. They vied with each other for hegemony. During the Eastern Han Dynasty, Buddhism began to spread in Jixian County. Xianglin Temple, the first Buddhist temple, was built at the foot of Yushan on the east side of Panshan. In the Tang Dynasty, temples were continuously built here, including Zhaoyun Temple, Song Wan Temple, Tiancheng Temple, Tianxiang Temple, Qianxiang Temple and Ganhua Temple. By the Ming and Qing dynasties, the number of temples in this area had reached 72.

Due to the wonders of the mountain, it attracted many emperors from different dynasties to visit, including the Tang Dynasty’s Emperor Chen Taizhong, Liao Taizong, Qing Dynasty’s Emperor Kangxi and Emperor Ganlong. They came here on vacation to burn incense and pray for national peace. They also left many great poems here.

The best time to pay a visit is in April-November.

The scenic spot is mainly dominated by monsoon circulation and is a region where East Asian monsoon prevails. It belongs to continental climate. The main climatic characteristics are clear seasons, windy spring, drought and less rain. The summer is hot and the rain is concentrated. In autumn, the air is cool and the temperature is moderate. Winter is cold and dry with less snow.