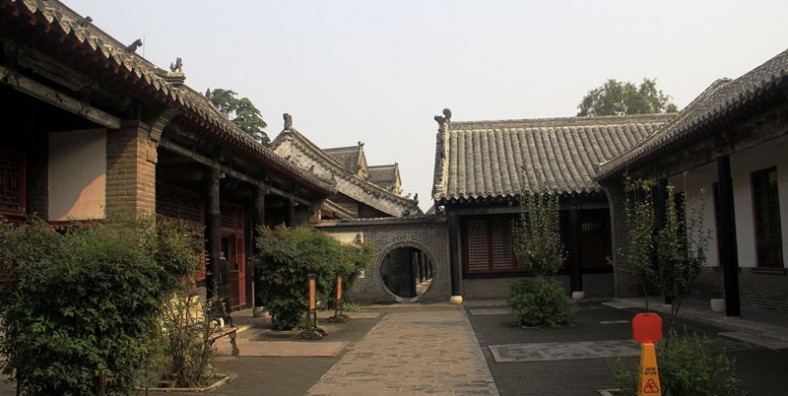 Confucius Family Mansion, also named Shengfu or Duke Yansheng Mansion, is located right next to the Confucian Temple, in the City of Qufu (the hometown of Confucius), Shandong Province, China. It was the historical residence of Confucius' descendants and also the residence just next to the imperial palace in scale.

Why is Confucius Family Mansion So Special?

Confucius House, also known as “Shengfu or Duke Yansheng Mansion”, is located on the east side of Confucius Temple. It is second only to the Imperial Palace in Beijing and has the title of “No.1 Family in the World”. It is the long-term residence of Confucius and is also a typical building of the integration of official and inner residence in Chinese feudal society.

Where is Confucius Family Mansion

In the second year after Confucius’ death (478 years ago), the state established his residence as Confucius’ mansion. There were only three old Confucius temples in the early days. With the rise of Confucius’ status and his descendants’ official positions, the houses of Confucius are expanding day by day.

During the first year of Song Renzong Bao (1038-1040), the expansion of the Confucius mansion was started. After Duke Yansheng was sealed, a new mansion was built, called Duke Yansheng mansion. At the end of the Northern Song Dynasty, the houses of the descendants of the Kongs had expanded to dozens.

When Kong Decheng got married in the 25th year of the Republic of China (1936), he made a more comprehensive renovation of the Confucius mansion.

In 1961, “Qufu Confucius Temple and Confucius House” was listed as the first batch of national key cultural relics protection units, and in December 1994 was listed as a world cultural heritage by UNESCO.

The mansion is composed of three parts, with 9 courtyards, 463 halls, towers, and verandas. The whole mansion covers a total area of 16 hectares. The houses along the middle route are the main buildings of the mansion.

East of Confucius Temple is the mansion of Confucius (Kong Fu). Kong is the surname of Confucius and his descendants. This mansion is where his first son and grandson live. In scope, it is second only to the imperial palaces of Ming Dynasty (1368-1644) and Qing Dynasty (1644-1911). The dynasties changed, but the first family in the world lasted the longest.

The building covers 39 acres and has 463 buildings, such as halls and pavilions, which are divided into three parts. In the east are the family temple, the western college and the central main building. Then the central part is divided into two parts, the front is the office and the back is the family residence. The garden is located at the back of the house.

Although not as brilliant as the Forbidden City, this building has luxurious furniture, exquisite decorations and precious cultural relics. These cultural relics, some given by emperors, some given by senior officials and celebrities, and some bought at high prices, are the most valuable resources for studying ancient Chinese history and culture.

This family mansion is the largest of its kind in Chinese history. In 1994, buildings, cemeteries and temples were listed as world cultural heritage.

The first four yards contain offices and the other five serve as residences. At the rear is a garden. After the death of Confucius, his decedents have always been living next to the Confucius Temple. After many times of rebuilding and expansion, it has turned into a typical feudal noble mansion combining official buildings with a residence. Covering an area of 120,000 meters, the family mansion now stores more than 9,000 volumes of files from 1534 (the 13th year of the reign of Ming Emperor Jiaqing) to 1948 and great quantities of rare and precious cultural and historical relics.

The first mansion for the Kong family of the Duke Yansheng was built in 1038 during the Song Dynasty. In 1377, the mansion was relocated and rebuilt under orders of the first emperor of the Ming Dynasty. It then was expanded by following emperors of Ming Dynasty. During the Qing Dynasty, the mansion underwent a complete renovation in 1838 only to be damaged in a fire 48 years later which destroyed the women’s quarters in 1886. Then it was renovated by Emperor Guangxu. The last Kong descendant who lived in the mansion left for Taiwan in the 1940s before the Communist Revolution established Mao Zedong’s new order, anti-Confucian.

Confucius family mansion now houses a large number of documents, files and cultural relics. Together with Confucian Temple and Confucian Cemetery was listed as part of the UNESCO World Heritage Site.

It is suitable for visiting all year around. The best time is in autumn, September and October, when the grand Confucius memorial ceremony will be held every year