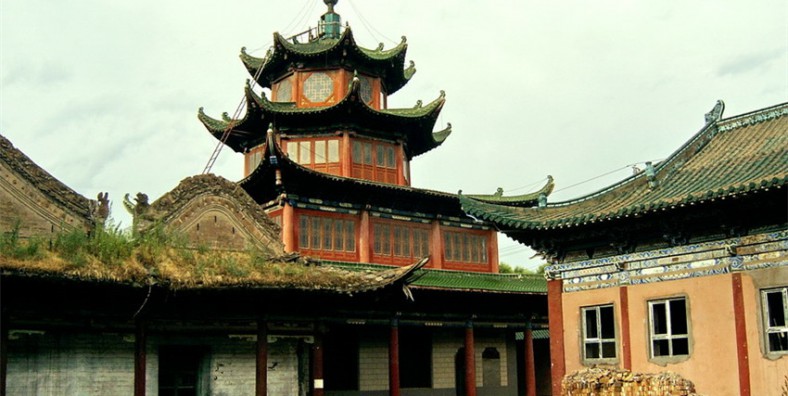 It is the first Islamic temple directly funded by the Qing government to be built in Yili. In the past, it was known as Yili's three mosques with the Hui and Ta 'er temples.

Why is The Grand Mosque So Special?

Baitula Mosque is the largest mosque in Yining City. Baitula Mosque (also known as Maidris) located in Xinhua East Road in Yining City is the largest place for Muslim Uighurs in Yining to carry out religious activities. After the Qing government unified Xinjiang, it respected the religious beliefs of ethnic minorities and set aside 12,000 yuan to build the mosque. It is said that a famous Turkish Maulana, seeing the magnificence of the temple and its position in northern Xinjiang, has been dubbed “Baitula”. “Baitula” means “Tianfang” and is a holy place for Muslims to worship. After the completion of the Baitula mosque, an endless stream of people came to learn from the scriptures.

Where is The Grand Mosque

Main Attraction of The Grand Mosque

The extant buildings cover an area of over 3000 square meters, including three parts: the temple gate, hall and doctrine- teaching hall. The main building is the hall, which covers an area of 600 square meters, and of which the outer hall, middle hall and inner hall can hold a thousand people for praying service. The temple gate is a three-layered pavilion with flying eaves in traditional Chinese architectural style.

After completion, the total area is 6,950 square meters, which can accommodate 3,000-3,500 people at one time and is of Arabic and Uygur style.

After the completion of the Baitula Mosque, Yili Muslims all rejoiced and celebrated. It is said that a famous Turkish Maulana, seeing the magnificence of the temple and its position in northern Xinjiang, has been dubbed “Baitula”. “Baitula” means “Tianfang” and is a holy place for Muslims to worship. After the completion of the Baitula Mosque, it was well known and many people came to learn from it. At that time, there were more than 200 scholars studying here, who graduated five years later and were awarded religious titles according to their achievements. Therefore, the Baitula Temple is also called “Maidris”, which means high school.

The temple used to cover an area of about 1800 square meters and consists of the Xuanli Pagoda, the Temple of Worship and the Lecture Hall. For more than 200 years, the Baitula Mosque has been continuously renovated and expanded. After expansion in 1865, it can accommodate 1500 people to worship. In 1983, the government allocated funds to repair and renovate the temple, making this famous ancient temple a new face and a key cultural relic protection unit. In recent years, it has received many friendly groups, religious personages and scholars from home and abroad to do religious lessons or visit and browse. In October 1996, the temple underwent another large-scale expansion and renovation, which was undertaken by the Islamic Association, funded by governments at all levels, and raised by religious believers. In addition to retaining the minaret, the main hall has been demolished due to disrepair and an Islamic chapel has been built. After completion, the total area is 6,950 square meters, which can accommodate 3,000-3,500 people at one time and is of Arabic and Uygur style.