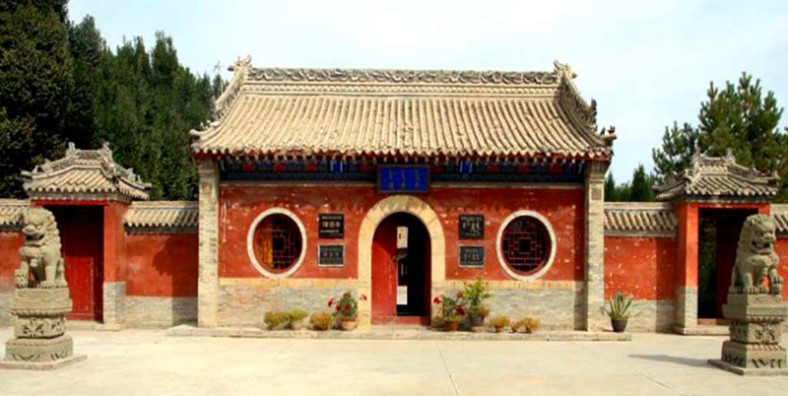 Jingyuan Temple is located in Sun Zhaqi Niulu Village, Sun Zhaqi Niulu Township, Xibo Autonomous County, Chabu Charl. Built in the 18th year of the reign of Emperor Guangxu of the Qing Dynasty (1892), it is a Tibetan religious building, commonly known in Xibo as "Lama Sumu", and is one of the nine famous temples in Yili in the Qing Dynasty. The temple faces south with a construction area of 2811 square meters.

Why is Jingyuan Temple So Special?

The main hall is a two story building over 8 meters high. with clinker-built flying- eaves and carved beams and painted ridgepole. This temple provides valuable materials for studies on history, culture and religious belief of the Xibe Nationality ill Xinjiang .

Where is Jingyuan Temple

Chabuchar, meaning “granary” in Sibo, is the only Sibo autonomous county in China. In 1764, more than 4,000 Xibe soldiers and civilians moved west to Yili and stationed in Qapqal to cultivate and guard the border. 200 households were recorded as one ox, and a total of eight banners and eight ox records were compiled. Up to now, all villages and towns under Qapqal county still use the title of “ox records”.

It is a grand building complex. The main building, neat in arrangement, is situated at the middle courtyard, including front hall, middle hall (now nothing remained), main hall, side halls on left and right bell and drum towers standing face to face.

Entering the gate, there was a colored clay sculpture of the four generals of the magic family from the romance of sealing gods. Walking out of the north gate of Tianwang Hall is the front courtyard of Tathagata Hall. Peony flowers are planted on the roadside of the main road in the middle, and “statues” of three cranes stand quietly under the peony flowers. when approaching, the three “statues” suddenly begin to hide behind the peony flowers. originally they were three captive cranes. cranes are auspicious incarnations and are therefore deeply loved by the siberian people.

The Tathagata Buddha statue is in the center of the Tathagata Buddha hall, and various bronze Buddha statues are on both sides. It is said that gold, silver and jewelry were placed in the bronze statues before they were looted in the turmoil.
Around the hall of Tathagata, two brick carvings were found on the east wall. One is a picture of a double crane and the other is a picture of “double deer returning to spring”. It is said that the two brick carvings have a history of more than 100 years.

Sanshifo Hall is the tallest and most magnificent building in Jingyuan Temple.
The 3rd Buddha is the past Buddha, the present Buddha and the future Buddha. Many Buddhist temples are dedicated to them. The three statues of the Three Worlds Buddha in Jingyuan Temple are different from those seen elsewhere. They have obvious national characteristics and have the image characteristics of small eyes and large faces of the Xibo nationality. The Sanshifo in Jingyuan Temple was assimilated by Xibo nationality. There were more than 160 volumes of “Ganzhuer” and dozens of volumes of Arria Sutra in the Hall of the Third Buddha, which is also called the Sutra Pavilion. In those days, there were many scriptures in Jingyuan temple, lamas gathered, legal affairs flourished, and incense was in vogue.

On the east and west sides of the main hall of the 3rd Buddha are side halls, and on the transverse wooden boards under the eaves of the main gate of the eastern side hall, the palace of hell, are painted stories of Tang’s monk and his disciples learning from the journey to the west. The western side hall is the Bodhisattva Hall, which houses many Bodhisattvas. The name of the person who donated the silver when repairing the temple is written on the forehead of the front door.

On the walls of the temple’s cultural relic museum, dozens of pictures of Xibo soldiers and civilians participating in the construction of Jingyuan temple were painted. from tamping to completion, the historical scene at that time was reproduced in the form of comics.