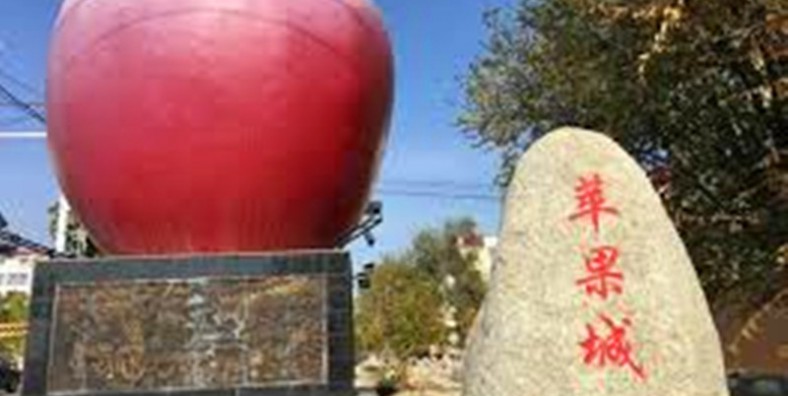 As far back as the Middle Ages, Ili established a city named after Apple, which is Ali Mali City, also known as "Alemali" in Chinese history books.

Why is The Ancient City of Alimali So Special?

It is a historical famous city in Central Asia. It has originally been the capital of Chagatai Khanate and famed as ” the Paradise in Central Asia” . Around the 16th century, it was destroyed. Now nothing has been remained inside the city. No city wall has been preserved yet. Only mounds stand there and potsherds are scattered here and there. There have been excavated a box without hole, silver coins, stone carvings, silver bowls, porcelain bowls, porcelain dishes from Longquan and Jindezhen Kilns, and Nestrianism tombstones of the Yuan Dynasty, the Western Regions, and the Chagatai Khanate. Now it is listed as a cultural site under autonomous region protection.

Where is The Ancient City of Alimali

The Ancient City of Alimali Located 11 kilometers to the northeast of the county seat of Huocheng, the ancient city, about 25 kilometers in circumference, is built in the Song and Yuan dynasties.

Main Attraction of The Ancient City of Alimali

When Ali Malik City was first built has not been determined. According to historical records, in 1124 AD, the Khitan imperial clan did its utmost to lead the people westward and established the Western Liao Dynasty in Central Asia, claiming to be a great khan. At that time, Geluolu Department, which lived in Yili and other places, surrendered to the Western Liao Dynasty, and Ali Mahli City was the king city of Geluolu Department. Since then, Mongolia has risen and the western Liao has perished. Ali Mazar of Geluolu Department led his department to submit to Genghis Khan and participate in the Western Expedition, which was very popular with Genghis Khan. After Ozal’s death, Genghis Khan ordered Siknak, son of Auzard, to take over the throne and married his eldest son Shu Chi’s children and wife.

As an international city, Arimali City is not only reflected in the characteristics of commercial trade and multi-ethnic communities, but also has experienced various religious activities. In 1333, the Pope sent Nicholas to Beijing to succeed the late Archbishop. When he passed through Arimali City, the ruler of Arimali City warmly received him and donated a large estate near Arimali City to the Archbishop. Later he built an excellent church here. At that time, the Christian bishop of Arimali was named Ricard, and there were also some Franciscan monks from Europe. According to Paskal Yisha, the Christian church in Arimali is under the jurisdiction of China’s chief priests. But soon all the monks from Europe were killed by Islamic forces, and Islam quickly became the only religion in Arimali.

After the 1600s, the post-Chagatai king, who believed in Islam, was completely Turkic and retreated to the oasis of southern Xinjiang. The city of Arimali gradually deserted. At present, the ruins of Arimali City, except for Baldheeru Timur Khan Mazar and a missionary Mazar, have been mostly turned into farmland, where a large number of cultural relics have been unearthed. Xu Song, a scholar of the Qing Dynasty, visited Ali Malicheng specially. In the 26th year of the Republic of China (1937) and 1958, archaeologist Huang Wenbi visited the ruins of Alemali twice. In January 1957, the ruins of Ali Malicheng were listed as the first protected units by the people’s government of the autonomous region.

Best Time to Travel The Ancient City of Alimali