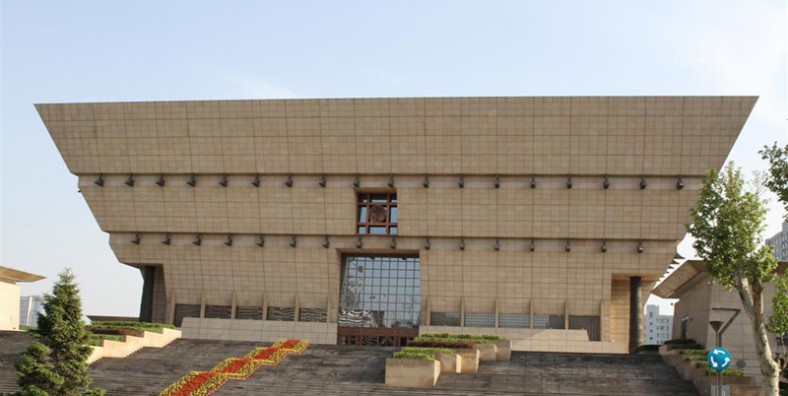 The Shanxi Museum is the largest museum and cultural building in the province of Shanxi, China. The museum, located in Shanxi's provincial capital Taiyuan, is home to about 400,000 cultural relics and 110,000 old books. The museum started off as the Education Library and Museum of Shanxi, which opened in October 9, 1919 as one of the earliest museums in China. In September 1953, the museum became the Shanxi Provincial Museum. After the completion of the new building in 2005, it was officially renamed the Shanxi Museum.

Why is Shanxi Museum So Special?

Shanxi Museum is the largest center for the collection, preservation, research and exhibition of cultural property in Shanxi Province. The museum has a fascinating collection of around 200,000 pieces of Shanxi cultural relics.

The Shanxi Museum (山西博物院) is the largest museum and cultural building in the province of Shanxi, China. The museum, located in Shanxi’s provincial capital Taiyuan, is home to about 400,000 cultural relics and 110,000 old books. Since March 2008, admission is free with a valid ID.

The museum started off as the Education Library and Museum of Shanxi (山西教育图书博物馆), which opened in October 9, 1919 as one of the earliest museums in China. Shortly after the Second Sino-Japanese War the institution’s collections were heavily damaged and partially moved to Japan.

Displays and Exhibitions in Shanxi Museum

The display of the Shanxi Museum is related to the “Soul of Jin (abbreviated name for Shanxi Province)”. It consists of 7 historical subjects and 5 artistic subjects. The historical subjects include “The Cradle of Civilization”, “The Trace of The Xia and Shang Dynasty”, “The Achievements of the Jin Kingdom”, “The Melting Pot of Different Nationalities”, “The Relics of Buddhism”, “The Hometown of Operas” and “The Shanxi Merchants.” The artistic subjects include “Jades”, “Ancient Chinese Porcelains”, “Ancient Architecture”, “Ancient Chinese Currency” and “Ancient Chinese Painting and Calligraphy”. These cultural relics are the most brilliant representatives of Shanxi’s history and culture.

Chinese Shadow Play is an ancient and popular folk drama art in China. In order to popularize this form of art, Shanxi Museum often invites some Chinese Shadow Play artists to perform in the Exhibition Hall. Audiences can not only enjoy the performance, but also have the opportunity to perform shadow play in person.

The Making of Stone Tools

Stone tools are among the oldest of production tools used by human being. They seem easy to make, but they carry rich historical connotations. Visitors can watch archaeologists make stone tools or make stone tools in person, and get to know the basic knowledge of these tools.

How to get to Shanxi Museum

If you want to get out of the traffic and hassle of navigation, you can book a private tour package that includes visiting, dining and transfer from us. Our local guide and driver will escort you to the Shanxi Museum in the fastest and most convenient way and take care of all the details. You just have to focus on the visiting.