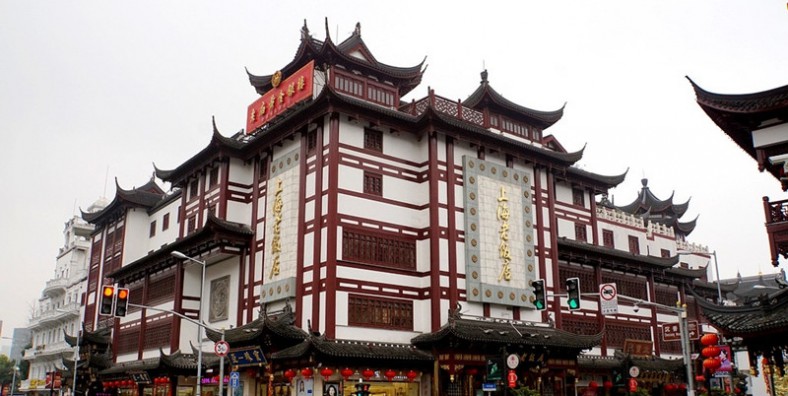 Due to historical reasons, the city gate has not been preserved, but the 9 gates around the old city are still deeply rooted in the hearts of the Shanghai people.

Why is Shanghai Old Street so Special?

Entering the old street of Shanghai, you seem to have returned to the prosperous market of Shanghai 100 years ago. This multi-functional characteristic street with unique style in the Yuyuan Garden commercial tourist area, which integrates tourism, shopping, entertainment and cultural display, has historically been named Miaoqian Street, bringing together a group of Shanghai’s earliest banks, gold shops, silver houses, wine shops, teahouses, opera houses and businesses, and has always been a pedestrian corridor connecting Shiliupu (small east gate) with the City God Temple and Yuyuan Garden area. The unique geographical location and the cultural landscape along the street make it rich in commercial culture.

Where is Shanghai Old Street?

The Xiaodongmen area, where Shanghai’s old street is located, was originally an important venue for Shanghai’s foreign trade and small commodity trading, which witnessed Shanghai’s economic and social development.

The architecture and shop layout of Shanghai’s old street show that its development began in the Ming dynasty (1368-1644) until European influence exerted influence on the city. The western part of this old street starts from Henan South Road and extends to Guan Yi Street. The architecture here reflects the style of the Ming and Qing dynasties (1644-1911), with its classic simplicity and elegance. The red pillars, pink walls and black roofs, with the eaves tilted upward, are in harmony with the architecture of the Yuyuan Garden. The eastern end of Shanghai’s old street, 500 meters (1,640 feet) long, ends at Renmin Road. After renovation and renovation, it retains the residential characteristics of the late Qing Dynasty. The revolving door extends to the ground, the lattice windows and the elegant upturned roof are fascinating because they are exactly what foreigners think of China. Although there are several European buildings, they do not contradict the style of old Shanghai. On the contrary, they are an important part of the multi-culture here.

There are about 225 shops in Shanghai old street, each of which is carefully designed according to its function. The shops offering handicrafts, paintings, calligraphy and jewelry are fully equipped, giving you many opportunities to choose what you want. In the east, old stores such as Han Tong’s aphrodisiac room, Laotongsheng food store, Wu Cai Liang glass store and Deshun restaurant will take you back to Shanghai 100 years ago. In Feng Chunde’s teahouse, you can taste Yuanbao tea with two olives. At the weekend, Pingtan (Suzhou ballad) also performed here. In the old teahouse, the owner displayed 50 cheongsam and traditional women’s dresses, dating back to the 1930s. In contrast, the western end of the street is a place where folk culture can be bought. Antique shops, embroidery shops and exquisite cloth shops symbolize the commercial prosperity of the region.

By the way, you can visit Yu Yuan Garden, which is a famous classical garden beside Shanghai Old Street. Here you will find the city god temple, Taoist temple, Chen xiangge and Buddhist temple are also in the Yu garden tourist area. You can walk to the xiaotaoyuan mosque, which serves all kinds of Islamic food on Friday, the holy day of Muslims.