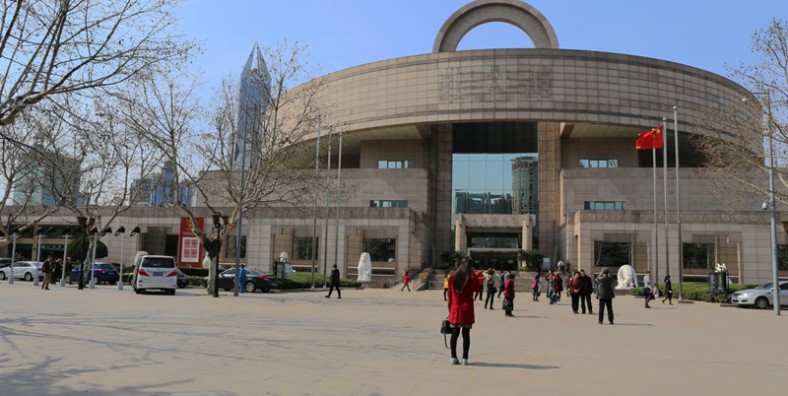 The Shanghai Museum is a museum of ancient Chinese art. It is considered one of China's first world-class modern museums.

Address in English: No.201 Renmin Avenue, Huangpu District in Shanghai

Why is Shanghai Museum so Special?

The Shanghai Museum is a museum of ancient Chinese art. It is considered one of China’s first world-class modern museums. The museum has a collection of over 120,000 pieces, including bronze, ceramics, calligraphy, furniture, jades, ancient coins, paintings, seals, sculptures, minority art and foreign art. The Shanghai Museum houses several items of national importance, including one of three extant specimens of a “transparent” bronze mirror from the Han Dynasty.

Where is Shanghai Museum?

The Shanghai Museum is situated on the People’s Square in the Huangpu District of Shanghai.

The Shanghai Museum was founded in 1952. It was originally located at the old Shanghai Jockey Club, No. 325, Nanjing West Road. It has developed steadily since then. In October 1959, the museum moved to the former site of Zhonghui building, No. 16, South Henan road.

1.Entrance Fee: Visitors need to get an entrance ticket. The museum issues 8,000 free tickets daily. Tickets of some special exhibitions are sold at about CNY 20 separately.