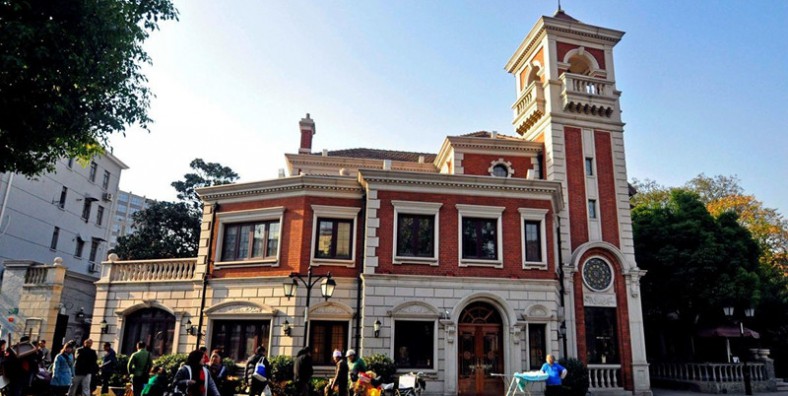 Duolun Road Cultural Street is a small street in Shanghai. It is near the commercial downtown of Sichuan North Road in the south, Lu Xun Park and hongkou football stadium in the north, and is backed by the Inner Ring Elevated Line and the Light Rail Pearl Line. The movement and movement alternate for more than a mile. The streets are short and narrow, and the roads are winding and secluded.

Why is Duolun Road so Special?

Although Duolun Road Cultural Street is hard to find a place to stand on the map, it is an important piece in modern Chinese cultural history. The road surface of Duolun Road is paved with stones. All kinds of foreign buildings on both sides of the road are newly painted and the front faces are open. They are all elegant merchants, calligraphy and paintings, antiques and mahogany utensils. They are all listed in the past, which is very elegant. The most interesting thing is that there is a Wen Jian Fang where people can play weiqi for 10 yuan a day and serve tea.

Where is Duolun Road?

Located at 146 dongjiangwan road, Hongkou district, the road is 550 meters long but meanders along a winding path. After renovation over the past few years, it has reproduced the cultural customs of Shanghai in the 1920s and 1930s.

Among the exquisite buildings, the leftist writers union memorial hall is worth mentioning. Located at 145 Duolun Road, covering 818 square yards (684 square meters). The League of Left-wing Writers was active in the 1930s. Lu Xun was a great writer and his works still have far-reaching influence in China. Many outstanding writers have joined this alliance and spread Marxism throughout the country through their works. This memorial hall is a brick and wood structure three-story garden residence. Many precious cultural relics are displayed here, so tourists can know more about the alliance and its members.

Starting from the memorial hall, you will be attracted by a 59-foot (18-meter) high bell tower at the corner, the ——Xi stone bell tower. It is named after Lu Xun’s famous essay Commelina (Zhao Hua Xi poem). An old bronze clock is embedded in the marble tower. At the top of the tower, a robot device is ringing and telling the history of this cultural celebrity street.

Passing by the bell tower, the famous Christian church, Hong De Tang is right in front of you. Different from other churches in China that follow Western architectural style, Hong De Tang is of Chinese features, which is seldom seen in China.