How to Get & Leave There

Generally speaking, if you want to travel to Hotan, your first destination will be Urumqi, the capital of Xinjiang Uygur Autonomous Region, which provides much more choices for transportation.

Located in 12 kilometers south of the Hotan city proper , Hotan Airport provides flights between Hotan and Urumqi, which takes you about 2 hours.

Passengers could take Airport Shuttle Bus No.9 to reach Hotan downtown. In addition, you could take taxi as well.

2.Hetian Railway Station (和田火车站)
Located in Aketashi Village (阿克塔什村) of Lasikui Town (拉斯奎镇) which is in the north of Hotan City, it is about 3.5 kilometers away from downtown. Passengers could take trains to Urumqi and Kashgar there.

How to Get Around

There are 9 bus lines (Bus No.1 to 9) in Hotan. These bus routes mainly stop beside hospitals or the township government and few in tourist attractions.

The starting price is 5 yuan which could be the usual price within Hotan City, and it varies if your destinations are out of town. In winter, it may not easy to hail a taxi. 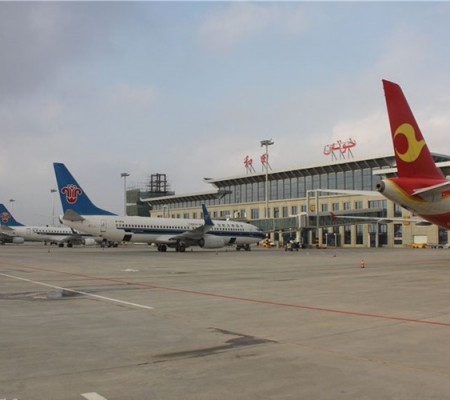 Yutian Airport (于田机场)is an airport scheduled to be built in Yutian County(于田县), Hotan Prefecture, Xinjiang, China. The construction budget is CN¥710 million. The airport will have a runway that is 3,200 metres (10,500 ft)... 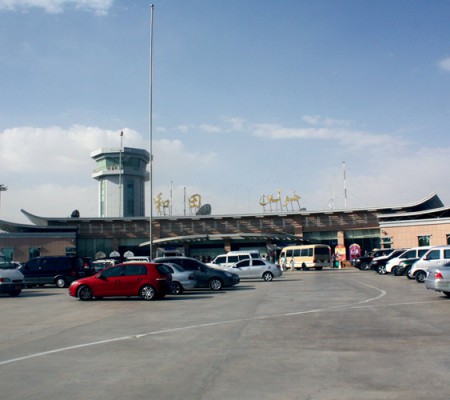 Hotan Airport (Chinese: 和田机场; pinyin: Hétián Jīchǎng; Uyghur: خوتەن ئايرودرومى‎) (IATA: HTN, ICAO: ZWTN) is an airportserving Hotan, a city in the autonomous region of Xinjiang in China. Facilities The airport is at an elevation of 4,672 feet (1,424 m) above mean sea level. It has one runway designated 11/29 with a concrete surface...