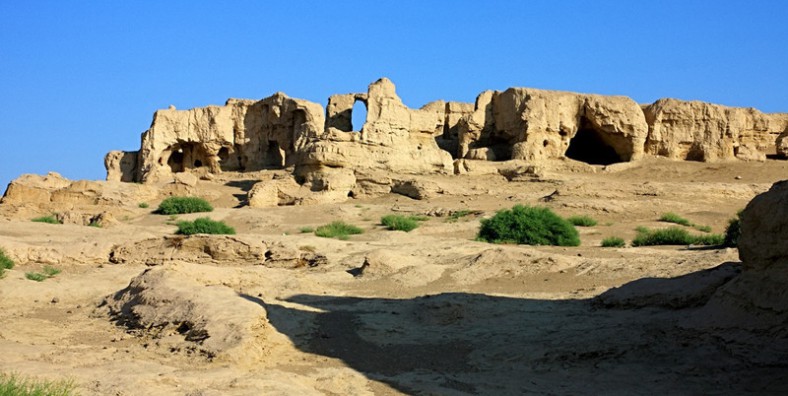 Urumqi is the capital city of Xinjiang Uighur Autonomous Region of the people’s republic of China. It is located in the north – west of the country. Literal translation...

Length of Travel: No Data

Urumqi is the capital city of Xinjiang Uighur Autonomous Region of the people’s republic of China. It is located in the north – west of the country. Literal translation of Urumqi means “beautiful pasture” in the Mongolian language. This tour will show a beautiful Urumqi and Turpan by visiting Gaochang ancient City, Bizeklik Thousand Buddha caves, Flaming Mountain, Jiaohe Ancient city, Karez underground Irrigations system,  Emin Minaret and Xinjiang Museum.

Warmly welcome you at Urumqi airport and transfer to your hotel.

Our guide will pick you up from Urumqi airport and accompany you to your Hotel. as your first day in Xinjiang, your are free to explore as you will. We’ll drive to Turpan today after breakfast at the hotel for a full day sightseeing. We start our wonderful day in Turpan with a visit to the ancient city of Idikut (Gaochang). The city was first built in the first Century BC and later became capital of the Idikut (Gaochang) Uighur Kingdom in the 8th Century.

We’ll spend about 40 minutes to enjoy in this ancient city and then drive to Bizeklik Thousand Buddha caves which used to be an important center for Buddhist worshipers under the Xizhou Huigu government of the Idikut (Gaochang) Kingdom.

We will make photo stop on the roadside of the Flaming Mountain which people claimed to be the hottest and driest along the silkraod that “flying birds even a thousand miles away dare not to come”.

Finally move on to Tuyoq village, an old, beautiful and timeless village with a friendly Uighur community. Here we visit several local families and have dinner with a local family and stay overnight in their home. This could be the highlight of your tour. After typical local Uighur breakfast at the family, you will have chance to walk around the village for some time.

We start our another day in Turpan with a visit to Yargul (Jiaohe) Ancient city which is one of the best preserved ancient cities in China. The ruins of the buildings are divided into temples, civilian dwellings and government offices. Workshops, residential houses and the streets are still visible and time there is a time spent in a long lost world.

After an hour of visiting around the ancient city, we’ll head on to see the world famous Karez irrigation system, unique to this part of the world. The system is considered as one of the three great projects in China with the other two being the Great Wall and the Grand Canal.

Then visit Emin Suliman minaret which is a magnificent combination of ancient Uighur and Islamic architecture. It is the tallest ancient tower in Xinjiang and the only Islamic ancient minaret in the country. Locals call it “Pure Tower.”

Later in the afternoon drive to Urumqi. Visit Xinjiang Museum and see your off at Urumqi airport.

After breakfast at the hotel we’ll start our excursion with Xinjiang regional museum to see archeological treasures from the Silk Road and Xinjiang’s minority cultures. Displays some well-preserved 3000 years old mummies excavated from Loulan– TaklaMakan desert.

After lunch see you off at Urumqi airport.