The Ruins of Ancient City of Gaochang in Turpan 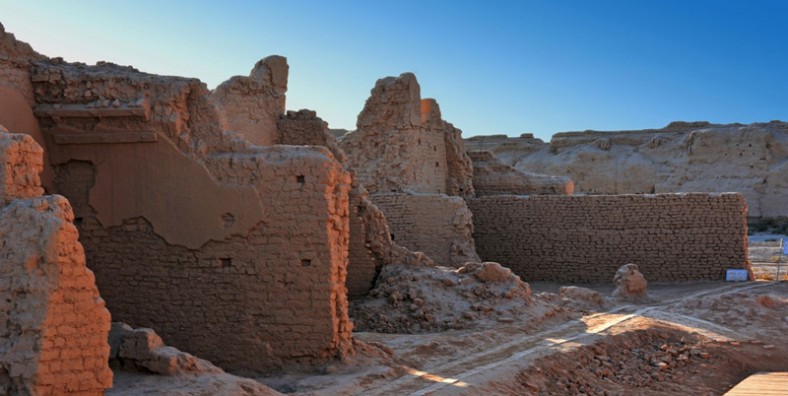 Why is The Ruins of Ancient City of Gaochang So Special?

Where is The Ruins of Ancient City of Gaochang

The Ruins of Ancient City of Gaochang(吐鲁番市高昌故城)  is located 47 kilometers to thee southeast of the city of Turfan , the Gaochang Ruins is near the Flaming Mountain on north.

History of The Ruins of Ancient City of Gaochang

It was a political, economic and cultural center of Xinjiang in ancient times. The existing parts of it consist of three parts built in different times. The first part is the outer city, which is square in shape, 5.6 kilometers in circumference. The second is the inner city,occupying the center of the outer city. The third is the palace city, which is situated in the northern part of the Gaochang city. There are still some earthen platforms remained in the palace city. In the southwesrern part of the outer city there is a temple of the Tang and the Gaochang Uighur periods. In the Han times, here was called Gaochangbi. In the former Liang times, the Gaochang Prefecture was set up here. During the northern Wei and the beginning of the Tang Dynasty, the city became the capital of Qu`s Gaochang Kingdom. Up to the Tang Dynasty, the West Prefecture was set up here. And in the Gaochang Uighur periods,the Also Protector General was set up in the city. After having been in use for 1400 years, the Gaochang City was burnt down in a war. The existing parts of it mostly belong to remains of Gaochang Uighur periods. Now it is a major cultural site under state protection.

Brief Introduction of The Ruins of Ancient City of Gaochang

The city was initially built as a garrison town in the first century B.C., called Gaochang Wall, and later renamed Kharakhoja, Kocho or King City. It was a key point along the Silk Road. During the successive dynasties, it was ruled as Gaochang Prefecture, Gaochang Kingdom and West Prefecture. By the 14th century, the city was damaged and abandoned due to warfare between Mongolian aristocrats and Uigurs. After 2,000 years, the weather-beaten ancient city still displays its past greatness and glory even though the walls are incomplete the magnificent outline remains.

Main Attraction of The Ruins of Ancient City of Gaochang

The ruins are an irregular square, covering an area of about 2,200,000 sq meters (2,631,178 sq yards). The layout is similar to that of Chang’an City in the Tang Dynasty (618-907). The city is composed of three sections: an outer city, an inner city and a palace city. The outer city with a perimeter of 5.4 kilometers (3.4 miles), is enclosed by a city wall of 12 meters (39 feet) thick and 11.5 meters (37.7 feet) high, and built with tamped earth. Nine city gates are located in the four cardinal points: three in the South, and two in each of the other directions. The gates in the west are the best preserved. In the southwestern and southeastern parts of the outer city stand two temples ruins. The temple in the southwestern corner consists of a gate, a courtyard, a sermon hall, a sutra depository and monks’ abodes. The southeastern temple consists of a polygonal tower and a worship grotto, where splendid murals remain well preserved.

The Palace City is located in the north of the inner city, sharing its southern wall with the inner city and northern wall with the outer city. It is a rectangle with a perimeter of 700 meters (2,296 feet). Within the city, many large cornerstones remains are still visible, with an average height of 3.5 meters (11.5 feet) to 4 meters (13 feet). These cornerstones are relics of a 4-storied palace. An irregular adobe square standing in a high earthen platform is called “Khan’s Castle”, which was the imperial residence.

Best Time to Travel The Ruins of Ancient City of Gaochang