The Bogda Peak in Urumqi 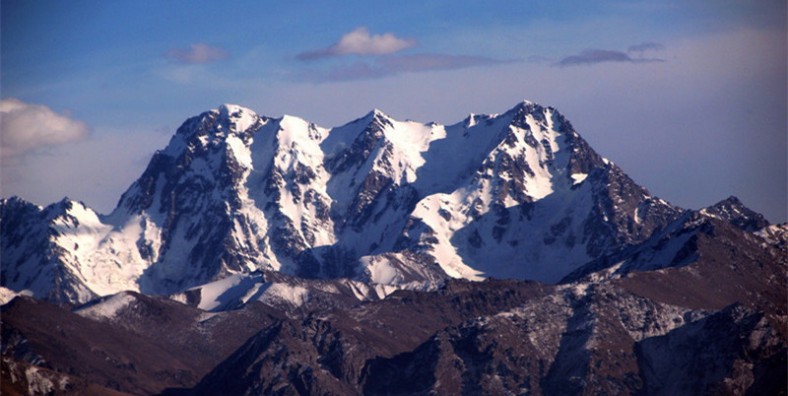 On August 4, 1998, the Chinese first set foot on Bogda Peak, the highest peak in the eastern Tianshan Mountains. Bogda means "Shenshan", "Shengshan" and "Lingshan" in Mongolian, and it was a nomadic belt of desert west Mongolia and Shuote in Ming and Qing dynasties.

Why is The Bogda Peak So Special?

Where is The Bogda Peak

History of The Bogda Peak

For a long time, Bogda has been the most sacred mountain in the eyes of all ethnic groups in the west. It has always been regarded as the home of gods and the source of purple gas and worshipped by people. The word Bogda comes from Mongolian, meaning “spirit”. As early as in ancient times, some nomadic peoples in the Western Regions had the custom of worshipping famous mountains. Because Bogda Mountain was tall and steep, it was praised as a “sacred mountain” and “Zu Feng” by these peoples. When riders dismounted, walkers kowtowed when they saw it, and even officials stopped to worship when they passed by. There is a folk story called “Shalhahaman” that describes this aspect. The story says that the herdsmen call Bogda Mountain a “saint”, while the stones on Bogda Mountain are regarded as the stones used by saints. They use the stones here as weapons to attack the enemy without fail. This shows the position of Borg Mountain in the hearts of ancient peoples in the Western Regions.

After the Yuan Dynasty, Bogda was gradually painted with Taoist mythology, which is probably related to the westward journey of Taoist master Qiu Chuji. In 1219 AD, Qiu Ji was ordered by Yuan Taizu Genghis Khan to lead 18 disciples to the west. They set out from Dengzhou, Shandong, went to Yanjing, went out of Juyongguan, went north to the Kluyen River, turned west, crossed Mount Altay, passed through Junggar Basin to Selim Lake, and went west to Samarkand in Central Asia. The journey lasted for three years and lasted for more than 10,000 kilometers. Qiu Chuji preached with his disciples and built Taoist temples, laying a foundation for the development of Taoism in the west. Legend has it that Tiewa Temple in Tianchi was built by Qiu Chuji and his disciples when he was in Fukang. His poem praising Bogda, “Looking at Yinshan in Southeast of Suluntai,” was written at this time (this is also the testimony of Qiu Chuji’s activities here). In some Taoist classics, Bogda Mountain has always been regarded as the residence of the Queen Mother of the West, so Bogda naturally became the sacred mountain of Taoism. In the Qing Dynasty, it became a holy place for Taoism. In the 24th year of Ganlong (1759 A.D.), the Qing government sent Urumqi ministers to visit Bogda Mountain and issued the “Bogda-Ura Sacrifice”. Since then, the government has organized large-scale worship activities for the people every year. This adds to Bogda’s mystery.

Main Attraction of The Bogda Peak

The Bogda Mountains are full of beautiful peaks and mountains, and the scenery is charming. Here are the primeval forests that block out the sun and the picturesque Shandian grassland. Snow leopards are found near the snow line, and snow chickens live there. From time to time in the deep forest came the yoo hoo of the red deer, with the shadows of roe deer, brown bear, lynx and blue sheep looming. The mountain flowers on the grassland are brilliant and colorful. Wild Chinese herbal medicines such as Fritillaria bulb, dangshen, Lithospermum erythrorhizon, Astragalus membranaceus, Bupleurum root and so on, cluster by cluster, and the medicine smells good. Bogda Mountain is rich in dozens of minerals such as coal, siderite and mica. Modern glaciers are growing on the top of the mountains. In midsummer seasons, ice and snow melt water gushes down and merge into more than 30 large rivers to irrigate the oasis fields at the foot of the mountain. The rolling hills under Bogda Peak are rich in resources. Snow leopards and chickens grow above the snow line. The pine forest is infested with roe deer, mushrooms grow everywhere, and medicinal materials such as dangshen, astragalus root and fritillary bulb. Many minerals such as copper, iron and mica are buried under the mountains.

Bogda Mountain is rich in dozens of minerals such as coal, siderite and mica. Modern glaciers are growing on the top of the mountains. In midsummer seasons, ice and snow melt water gushes down and merge into more than 30 large rivers to irrigate the oasis fields at the foot of the mountain. The bedrock at the top of the mountain is exposed and the rocks stand erect. The middle part is covered with ice and snow, which is not changed all the year round. Below the summit is a steep glacier valley with a dangerous terrain. It mainly has four ridges: northeast ridge, southwest ridge, north ridge and southeast ridge. Due to the short distance between several peaks, the mountain is concentrated, and the climbing cycle is not long, it is very suitable for small mountaineering teams to climb continuously.

Starting from Urumqi, follow the highway to the east of fukang city City, then turn south to climb the mountain, and cross the winding mountain highway with steep mountain and narrow valley to reach the “Tianchi” with an altitude of 1900 meters, with a total distance of 102 kilometers.  After that, the mountaineering materials were transported to the south bank of Tianchi Lake by motorboat, and then they were involved forward by animal or human power.  There are two roads leading to the mountain: one is to turn east along the Dadonggou and turn south over the “Three Chadaban” road, which is relatively gentle;  One is to turn south to the east and cross the “Yikenqidaban” along the Jiangjun ditch. The road is steeper.  The whole journey of the two roads is 25 kilometers and 30 kilometers respectively. There are marshy depressions in the valleys, and corresponding preparations should be made in advance.  The mountaineering base camp is located at the northern foot of Bogell’s Da Feng, with an altitude of 3540 meters.

To get to Bogda, you can get to Tianchi scenic spot first, rent a horse and ride from Tianchi, or walk from Tianchi. Another way is to start from Baiyanggou under Tianchi Lake and go to Bogda Mountain Base Camp.