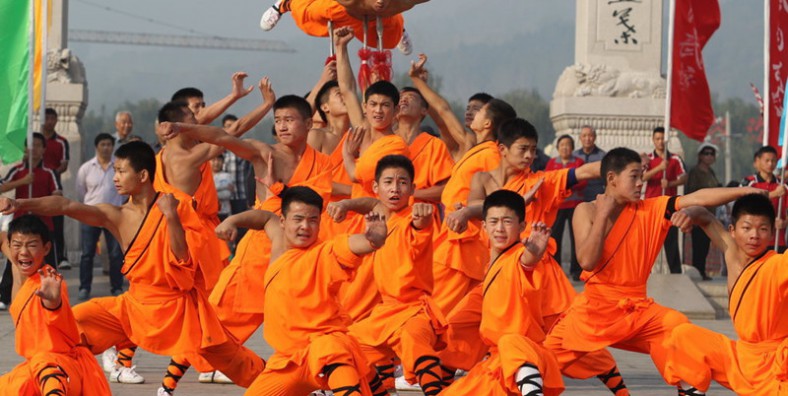 Why is Shaolin Temple So Special?

Shaolin Temple played an important role on the development of the Buddhism in China. The temple was included on UNESCO’s World Cultural & Natural Heritage List in 2010, it is the cradle of the Chinese Zen Buddhism and the Shaolin Martial Arts such as Shaolin Cudgel. The history of the temple can be dated back to Northern Wei Dynasty (386 – 534).

Where is Shaolin Temple?

How to Get to Shaolin Temple?

If you want to get rid of hustle of transportation and troublesome navigation, you can book a private tour package which covers visiting, dining and transfer from us. Our local tour guide and driver will escort you to Shaolin Temple with speed and convenience, and take care of all the details. You just need to focus on travel.

Mahavira Hall is the center for main activities of Shaolin Temple, and regarded as the Three Halls together with the Hall of Heavenly Kings and Classics Hall. There are 18 Buddhist Arhats stand along the eastern and the southern walls of the hall. Buddhas of the Middle, East and West are enshrined in this hall, respectively Sakyamuni Buddha, Pharmacist Buddha and Amitabha Buddha.

Located at two sides of Mahavira Hall respectively, the eastern one is the Bell Tower and the western is the Drum Tower. Both are 4-stoery buildings with ingenious shape but towering and magnificent. Previous towers were also ruined due to the war in 1928, and present buildings are built respectively in 1994 and 1996 in accordance with their former appearance.

Pagoda Forest is one of the solemn place in Shaolin Temple, it is the biggest Monks Cemetery in the world with about 250 pagodas. These pagodas only have levels of odd numbers (1,3,5,7) up to 15 meters, with various shapes of square, round, rectangular, etc. which embodies the deceased’s status and achievement before his death in Buddhism.

Shaolin monks have been practicing Kung Fu for over 1,500 years. The system was invented by Dharma who taught the monks basic methods to improve their health and defend themselves. The Martial art performance shows the true Chinese Shaolin Temple Kung Fu. For example, Tong Zi Gong, performed by teenagers, is a kind of martial art to train one’s flexibility and strength.