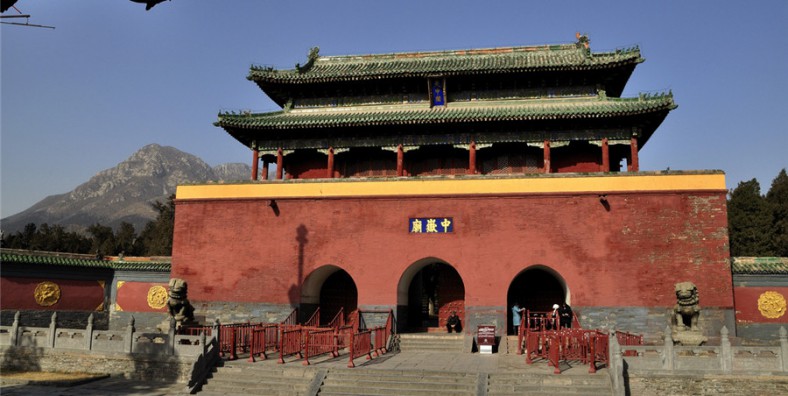 Why is Zhongyue Temple So Special?

Zhongyue Temple is a Taoist temple. Covering a total area of 110,000 square meters, it is the largest and best preserved ancient architectural complex among all the buildings located on the China’s Five Great Mountains. The temple was first built in Qin Dynasty (221BC-207BC), and was once named as “Taishi Temple”. It was rebuilt again under the reign of Emperor Qianlong in Qing Dynasty, and still remains unchanged in style and size since that time.

Where is Zhongyue Temple?

Zhongyue Temple is a Taoist temple located at the southern foot of Songshan Mountain, about 4 kilometers east of Dengfeng City. As a major scenic spot in Mount Songshan National Park, Zhongyue Temple was included into World Heritage List by UNESCO in 2010. It is a ideal place to visit.

How to Get to Zhongyue Temple?

If you want to get rid of hustle of transportation and troublesome navigation, you can book a private tour package which covers visiting, dining and transfer from us. Our local tour guide and driver will escort you to Zhongyue Temple with speed and convenience, and take care of all the details. You just need to focus on travel.

By Coaches: Take coaches to Dengfeng from Zhengzhou Coach Station and then take taxis there.

By Bus: Take No.2 bus in Dengfeng and get off at zhongyuemiao station

Numerous culture relics can be found here, from more than 400 ancient buildings of Qing Royal Palace Style including halls, palaces, towers, cabinets, lanes, pavilions, platforms, porches and yards, to 335 cypresses planted since the Han to the Song Dynasties.

Built in the year 118, Taishi Towers are the symbolic gate of Zhongyue Temple. The Taishi Towers measure 3.92 meters in height. The carving of the four sides was made with the technique of Jiandi Ping Diao There are about 50 pictures of people, horses and carriages, sword dances, dragons, tigers, tortoises, elephants, goat heads and so on.