National Museum of China in Beijing 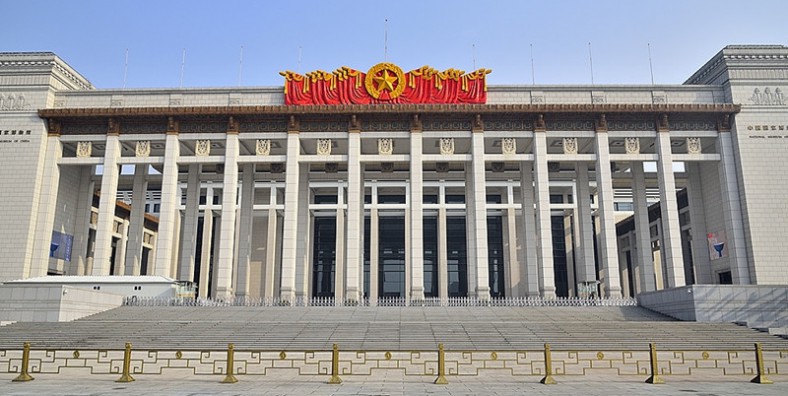 The National Museum of China (Chinese: 中国国家博物馆; pinyin: Zhōngguó Guójiā Bówùguǎn) flanks the eastern side of Tiananmen Square in Beijing, China. The museum’s mission is to educate about the arts and history of China. It is directed by the Ministry of Culture of the People’s Republic of China.

Why is the China Numismatic Museum in Beijing so Special?

The China Numismatic Museum or Beijing Ancient Coin Museum is a museum about currency in Beijing. It is a national museum under the direction of the Head Office of the People’s Bank of China (PBOC), dedicated to collecting and displaying coins and notes. Its remit is to collect, display and research ancient, modern and contemporary currencies and objects relating to banking history. It has a collection of over 300,000 numismatic objects.

Introduction of National Museum of China

The museum was established in 2003 by the merging of the two separate museums that had occupied the same building since 1959: the Museum of the Chinese Revolution in the northern wing (originating in the Office of the National Museum of the Revolution founded in 1950 to preserve the legacy of the 1949 revolution) and the National Museum of Chinese History in the southern wing (with origins in both the Beijing National History Museum, founded in 1949, and the Preliminary Office of the National History Museum, founded in 1912, tasked to safeguard China’s larger historical legacy).

The building was completed in 1959 as one of the Ten Great Buildings celebrating the ten-year anniversary of the founding of the People’s Republic of China. It complements the opposing Great Hall of the People that was built at the same time. The structure sits on 6.5 hectares (16 acres) and has a frontal length of 313 metres (1,027 ft), a height of four stories totaling 40 metres (130 ft), and a width of 149 metres (489 ft). The front displays ten square pillars at its center.

After four years of renovation, the museum reopened on March 17, 2011, with 28 new exhibition halls, more than triple the previous exhibition space, and state of the art exhibition and storage facilities. It has a total floor space of nearly 200,000 m2 (2.2 million square feet) to display. The renovations were designed by the German firm Gerkan, Marg and Partners.

The museum, covering Chinese history from the Yuanmou Man of 1.7 million years ago to the end of the Qing Dynasty (the last imperial dynasty in Chinese history), has a permanent collection of 1,050,000 items, with many precious and rare artifacts not to be found in museums anywhere else in China or the rest of the world.

Among the most important items in the National Museum of China are the “Simuwu Ding” from the Shang Dynasty (the heaviest piece of ancient bronzeware in the world, at 832.84 kg), the square shaped Shang Dynasty bronze zun decorated with four sheep heads, a large and rare inscribed Western Zhou Dynasty bronze water pan, a gold-inlaid Qin Dynasty bronze tally in the shape of a tiger, Han Dynasty jade burial suits sewn with gold thread, and a comprehensive collection of Tang Dynasty tri-colored glazed sancai and Song Dynasty ceramics. The museum also has an important numismatic collection, including 15,000 coins donated by Luo Bozhao.
The museum has a permanent exhibition called The Road to Rejuvenation, which presents the recent history of China since the beginning of the First Opium War, with an emphasis on the history of the Communist Party and its political achievements.

Where is National Museum of China

National Museum is located right in the city center of Beijing. It is very close to Tiananmen Square and reachable to the Forbidden city within 15min on foot.

How to get to National Museum of China

If you want to get rid of hustle of public transportation and troublesome navigation, you can book a private tour package that covers sightseeing dining and transfer from us. Our local tour guide and driver will escort you to Beijing with speed and convenience, and take care of all the details. You just need to focus on sightseeing.

One thought on “National Museum of China in Beijing”