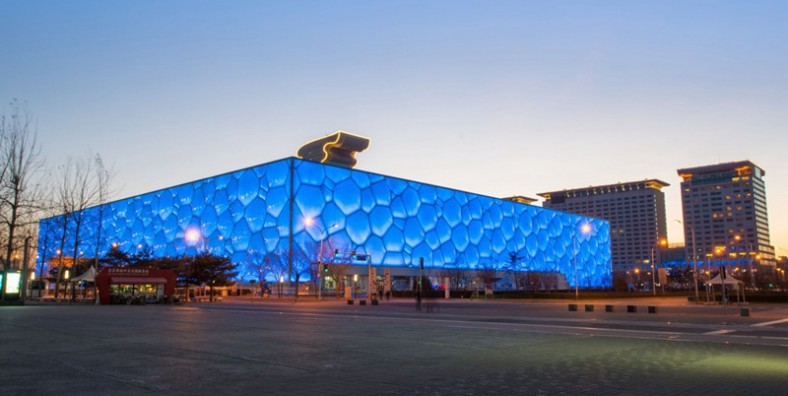 The Beijing National Aquatics Center is an aquatics center that was built alongside Beijing National Stadium in the Olympic Green for the swimming competitions of the 2008 Summer Olympics. Despite its nickname, the building is not an actual cube, but a cuboid (a rectangular box). Ground was broken on December 24, 2003, and the Center was completed and handed over for use on January 28, 2008. Swimmers at the Water Cube broke 25 world records during the 2008 Summer Olympics.

After the 2008 Olympics the building underwent a 200 -million-yuan revamp to turn half of its interior into a water park. The building officially reopened on August 8, 2010. It will host the curling at the 2022 Winter Olympics.

The special award for the most accomplished work in the section Atmosphere is awarded to the Australian architecture firm PTW Architects, CSCEC + Design and Arup for the project National Swimming Centre, Beijing Olympic Green, China. The project demonstrates in a stunning way, how the deliberate morphing of molecular science, architecture, and phenomenology can create an airy and misty atmosphere for a personal experience of water leisure