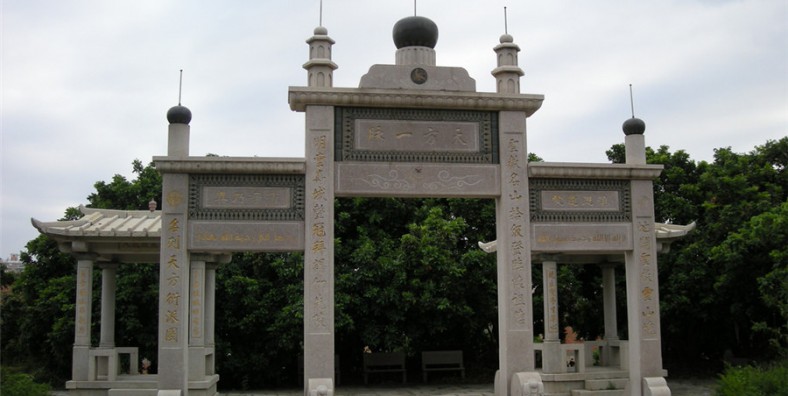 Qingyuan Mountain is the only 5A scenic spot in Quanzhou, which is a local landmark. The mountain is only 500 meters above sea level and is a perfect spot for a casual hike. With thousands of years of history, a major highlight is Laojun Rock. Located at the foothill, it is a detailed carved sculpture of Laozi. Literally taste the culture of Southern Fujian by stopping and taking tea breaks during your hike. Brewing tea on the mountain while observing the view is highly recommended.
English Name: Lingshan Mountain Park in Quanzhou
Chinese Name: 泉州灵山公园
Opening Hours:
7:00-19:00
Ticket Price: Free
Best Time: Spring
Recommended Visiting Hours: 1 or 3 hours
Address: East side of Qingyuanshan Mountain Visitor Center, Fengze District, Quanzhou City

Quanzhou Lingshan Park, also known as Lingshan holy tomb, is located in the east gate of the city. This place is not far from the city, with beautiful scenery and a good environment.

Lingshan Islamic Holy Tombs, also called the Tombs of the Third and Fourth Muslim Saints, are located at the foot of the southern face of Lingshan (divinity hill), about 2 km. away from the East Gate of Quanzhou City. They are among the earliest ancient Islamic tombs existent in the world. According to the “Annals of Fujian”, four disciples of Mohammed were sent to preach Islam in China in the Tang Dynasty, the first to Guangzhou, the second to Yangzhou, and the third and the fourth to Quanzhou. The two missionaries were buried on this hill when they died in Quanzhou. As legend goes, at night, their graves gave off a mysterious glow, so the local referred to them respectfully as Islamic Holy Tombs, and to the hill Lingshan, Divinity Hill.

Resting under a stone pavilion, the two graves are covered with rectangular granite slabs. Lotus are carved out around the plinths to symbolize the virtue of the two disciples. A semi-circular corridor is built to hug the tombs to indicate that Islam is as pure as the crescent. Five tablets are erected along the corridor, among which, the one in Arabic, and the one to commemorate the navigator Zheng He’s presence bear greatest significance. The former, set up in 1323, records the story of some Muslims traveling from the Middle East to Quanzhou to remodel the tombs, and the latter was erected in 1417 after Zheng He stopped by Quanzhou and burned incense to pay his respect to the disciples and pray for a plain sail in his fifth voyage to the West. The tombs bear strong witness to Quanzhou’s overseas communication and the spread of Islam in Quanzhou.