Lijiang has a history of at least 800 years and may date as far back as the Song Dynasty. It is located in the northwestern portion of Yunnan and borders Sichuan. As a popular destination in Yunnan, Lijiang is considered as a fairyland blessed with fresh air, clear streams, breathtaking snow mountains and an undisturbed landscape inhabited by Naxi ethnic minority. What’s more, Lijiang is the transfer station of Ancient Tea Horse Caravan Route.

▪ Minority Culture: Lijiang has been the base of the 286,000-strong Naxi minority for about the last 1400 years. You can find Naxi architecture everywhere, hear local Naxi people speaking Naxi language, enjoy singing and dance held by the Naxi minority, and Naxi script and Dongba writings shown everywhere in the time-locked ancient towns.

▪ Historic Role: Lijiang is the transfer station of Ancient Tea Horse Caravan Route. It was a center for the economic and cultural communication between various ethnic groups such as the Naxi, Han, Tibetans, and Bai.

Other Destinations in Lijiang

Lijiang, an attractive tourist destination in Yunnan Province, is considered a fairyland blessed with fresh air, clear streams, breathtaking snowy mountains and an undisturbed landscape inhabited by friendly people. This is the main region inhabited by the Naxi People. There are so much to do in Lijing. If you want a nature and adventure trip, Jade Dragon Sown Mountain and Lashihai Lake may be listed. If you want a culture and history tour, Lijiang Ancient Town and Shuhe Ancient Town [...] 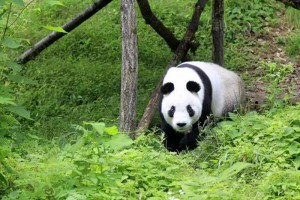 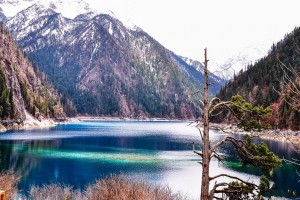 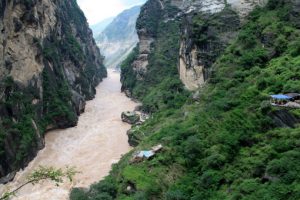 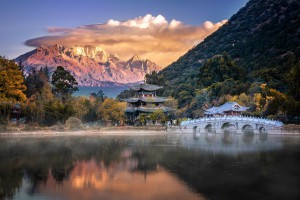 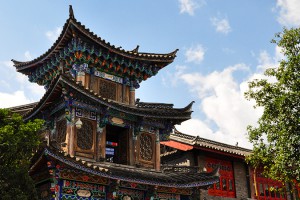 With an altitude of 2400 meters above sea level, Lijiang enjoys a highland climate with distinct dry and rainy seasons. The average annual temperature is 12.6ºC without drastic changes. It has three different climatic zones, ranging from subtropical in the southeast, warm temperatures in the center, and cold temperatures in the northwest. What's more, vertical climate in some highlands can also be seen in Lijiang. Without too much change from spring to winter, the weather of Lijiang allows visitors to [...]

More Lijiang Climate & When to Go >> 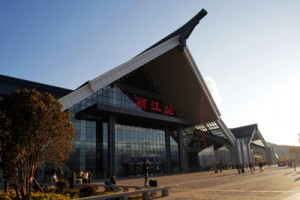 Neighboring the Qinghai-Tibet Plateau, Lijiang is easily reachable since becoming a popular tour destination at the end of the 1990s. The earliest vehicle in the region was the horse caravan to Tibet which passed through the Ancient Tea-Horse Avenue all year round. Long journeys through a dangerous natural environment were a great challenge for those caravans. By Air: There are fights linking Lijiang and Kunming, and also direct flight from Shanghai to Lijiang. For a detailed schedule and fares of the flights, refer [...] 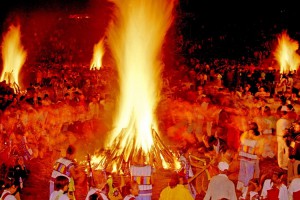 Below are the maps of Lijiang, to introduce the location, transportation, highlights and other important information of your Lijiang travel, including Lijiang China Map, Lijiang Yunnan Map, Lijiang Tourist Map, Map of Lijiang Ancient Town, Map of Tiger Leaping Gorge, Lugu Lake Map and Map of Lijiang to Dali, Shangri-La & Kunming, etc. All of the detailed and completed maps will help you get a better idea of Lijiang and transfer easily. [...]

As a top tourist city, there’s no necessary to worry about the lodging. There are a lot of inns and hotels in Lijiang with different standard. You may have enjoyed the 5-star modern hotels, however, it will be special to stay at hotels with traditional style and standard hygiene like Inter Continental Lijiang Ancient Town Resort which presents beautiful Nakhi courtyard architecture, surrounded by lush greenery. You want to get the celebrity treatment with world-class service, well, live in at [...]

One thought on “Lijiang”