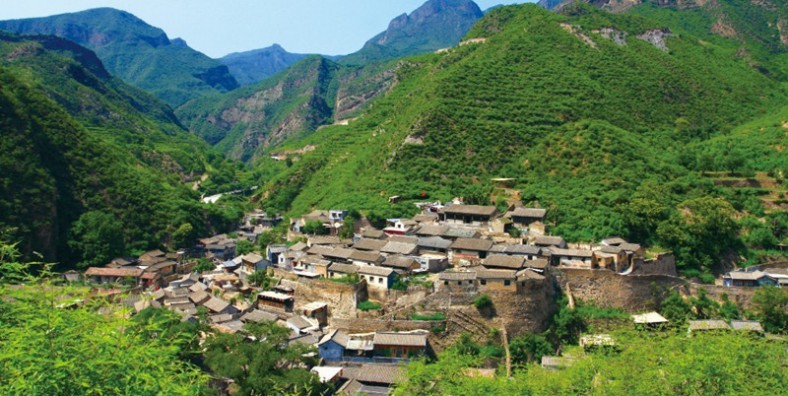 Why is Cuandixia Village so Special?

Step back in time in historic Cuandixia Village, a picturesque town nestled in the mountains. Founded during the Ming Dynasty, the village has 70 well preserved stone courtyard homes. It’s a popular day trip destination from Beijing, offering visitors stunning vistas and a glimpse into traditional village life.

Cuandixia was founded during the Ming dynasty (1368–1644) by members of the Han clan who moved from Shanxi Province. Towards the end of the Qing Dynasty Cuandixia prospered from trading in coal, fur, and grain. This pass is situated at the junction of Beijing’s Ancient Road to the West (the joint name of various commercial roads, military roads and pilgrimage routes that run through today’s Mentougou area) and the Great Wall. It was the first pass for Beijing to defend against north-west enemies.

Main Street in the Village

Its main street is in a south-north position. It will take you about 15 minutes to walk slowly from one end to the other. The rustic scenery on the way is excellent. There are many bystreets with distinctive scenes for you to explore.

The Guandi Temple is on the east mountain slope. You need to climb up there via a mountain path, but it is not very high, so young people can reach it very easily.

The first quality location for shooting the panorama of the village is halfway up the mountain.

Temple of the Goddess of Fertility

The Temple of the Goddess of Fertility is on the south-east mountain slope. It is said that the goddess in the temple is in charge of fertility and blessedness.

The Temple of the Dragon King Subduing Demons is situated halfway up the east mountain. It is the temple of the highest class of construction in the village.

This temple was originally called “Temple of the Dragon King”. It was built in the 54th year of the Kangxi period (1715 AD) in the Qing Dynasty. It was the place for villagers to pray for rain and to worship heaven. There is also a Guandi Temple inside this temple.

A Thread of Sky

There is a natural mountain pass one kilometer north-west of Cuandixia Village. It is down in a deep valley, which is more than 100 meters long and has steep sides. The locals vividly call it “A Thread of Sky”.

How to Get to Cuandixia Village

If you want to get out of the traffic and hassle of navigation, you can book a private tour package that includes visiting, dining and transfer from us. Our local guide and driver will escort you to Cuandixia Village in Beijing in the fastest and most convenient way and take care of all the details. You just have to focus on the visiting.

The ride to Cuandixia is a beautiful 2-2.5-hour-drive. One of the easiest ways to get there is to book a driver beforehand. Alternatively go to Pingguoyuan Station, at the west end of Line 1, and from there you can either get a taxi or a bus. Take bus 892 to Zhaitang (this takes about two hours and 20 minutes), which is 6km from Cuandixia. From Zhaitang, take a taxi, which should cost about RMB 10 per person. If you jump in a taxi straight from Pingguoyuan you will probably pay around RMB 150 – make sure to agree on a price beforehand.