As a country with long history of drinking tea, China is one of the most important tea-producing countries. The written history of tea consumption in China goes back longer than in any other country, thousands of years. According to a report released by the China Social Science Academy Press, China is the world’s largest tea producer.  In 2007, China produced over 30% of the world’s production of tea, almost 1.2 million tons of tea out of the world’s almost 3.9 million tons. Most of the tea produced in China is consumed in China, although tea is also an important export good for China.

Tea tends to be produced mostly in the provinces towards the south and east of China, where the climate is humid and ranges from tropical to subtropical, although teas are grown commercially from Hainan Island down in the extreme south to Shandong Province in the north, from Tibet in the southwest to Taiwan across the Straits. Because of varying geographic location and climate, different regions grow various kinds of tea. In general, there are four tea-producing areas.

The area is considered to be the original birthplace of the tea plant. It embraces the southwest provinces of Sichuan, Yunnan, Guizhou and part of the Tibet Autonomous Region, producing green, black, post-fermented and compressed teas.  Although with a big span of altitude, the climate of most parts of this region is relatively moderate and stable, especially in Yunnan. Famous teas from this region inlcude Dianhong black tea, aged Shai Hong black tea, ripe and raw pu’er tea, Mengding yellow tea, and Duyun Maojian green tea, wherein Pu’er tea from Yunnan Province is the most famous in China and abroad.

This area includes the southern provinces of Guangdong, Fujian, Taiwan, Hainan and Guangxi Zhuang Autonomous Region, which are endowed with rusty-red soil, an annual average temperature of 19-22 Centigrade degrees and the most annual rainfall among all tea-producing areas in China. It is mostly famous for black tea, Oolong and white tea production, with lots of varieties and excellent quality. Tie Guan Yin and Da Hong Pao belong to the most popular types.

This area lies south of the middle and lower reaches of the Yangtze River, covering the provinces of Zhejiang, Jiangxi, Hubei, Hunan and the southern parts of Anhui and Jiangsu. This region has the most centered tea production in China,  with four distinctive seasons and abundant precipitation. Green tea is the principal variety turned out here, such as the famous Longjing. But in some mountainous regions where the local climate is agreeable to tea growing, several premium teas are produced. These include  Black tea and Oolong tea, for example the famous Keemun tea and Phoenix Dancong.

This region includes Shandong, Gansu, Shaanxi, Henan and the northern parts of Jiangsu, Anhui and Hubei. Compare to other tea regions, this one has lower temperature and less precipitation, which is only suitable for small-leaf kind of tea trees to grow. Green tea is the principal variety turned out here. But in some mountainous regions where the local climate is agreeable to tea growing, several premium teas are produced, such as Liu An Melon Seed tea from Anhui and Xinyang Maojian from Henan.

Chinese tea gardens are must-visit sites for your China Tea Culture Travel. The tea plantations in China are generally in mountains and hills in south China. Some of the tea gradens provide interactive activities like tea-making, tea ceremony, and tea processing display. Top 10 most beautiful tea gardens in China are as follows:

Tea and Bamboo Garden in Yongchuan is one of the Top Tourist Attractions and Things to Do in Chongqing, it introduces the main attractions, entrance tickets booking, The best...

Wuliang Mountain Tea Garden in Dali is one of the Best Tourist Attractions and Top Things to Do when you travel to Dali, it introduces the main scenic spots,... 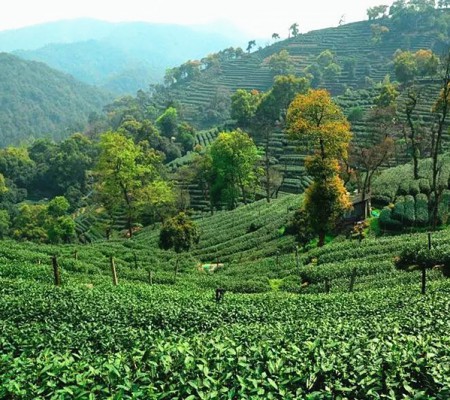 Why is Meijiawu Tea Plantation So Special? Hangzhou’s Meijiawu Longjing Tea Plantation/Village is a famous Dragon Well tea plantation nestled in the hills surrounding West Lake. It is renowned... 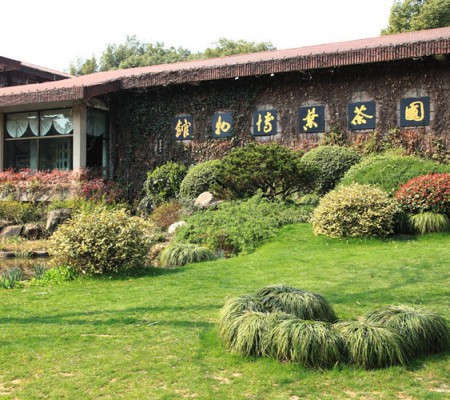