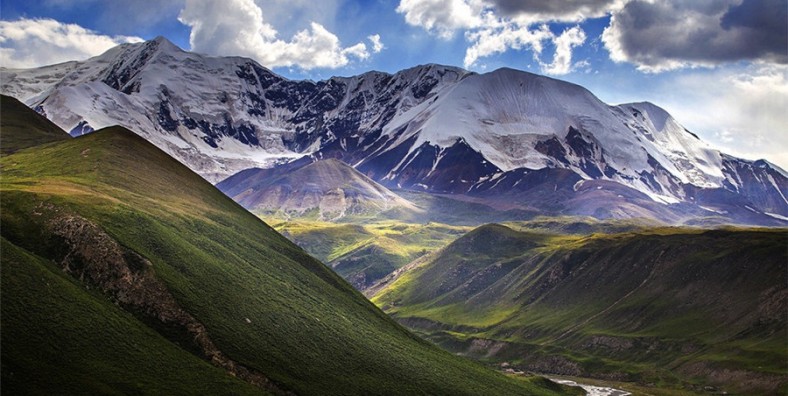 The Amne Machin range itself is an eastern extension of the greater Kunlun Mountain range , one of Asia’s longest most legend laden mountain chains.

Where is Amne Machin Mountain？

The Amne Machin Peak is located in Maqên County of Golog Prefecture. It is revered in Tibetan Buddhism as the home of the chief indigenous deity of Amdo, Machen Pomra. Its elevation is estimated to 6,282 metres.

Why is Amne Machin Mountain So Special?

The Amne Machin range runs in the general northwest-to-southeast direction in eastern Qinghai and the southwestern corner of Gansu’s Gannan Tibetan Autonomous Prefecture. The Amne Machin range itself is an eastern extension of the greater Kunlun Mountain range , one of Asia’s longest most legend laden mountain chains.

Amne Machin is a famous god mountain in the snowland plateau which plays an important role in the Tibetan traditional culture. Large number of worshipper coming from far away to kotou and bring sacrifice to the mountain god unceasingly.

How to Get to Amne Machin Mountain?

If you want to get rid of hustle of transportation and troublesome navigation, you can book a private tour package which covers visiting, dining and transfer from us. Our local tour guide and driver will escort you to Amne Machin Mountain with speed and convenience, and take care of all the details. You just need to focus on travel.