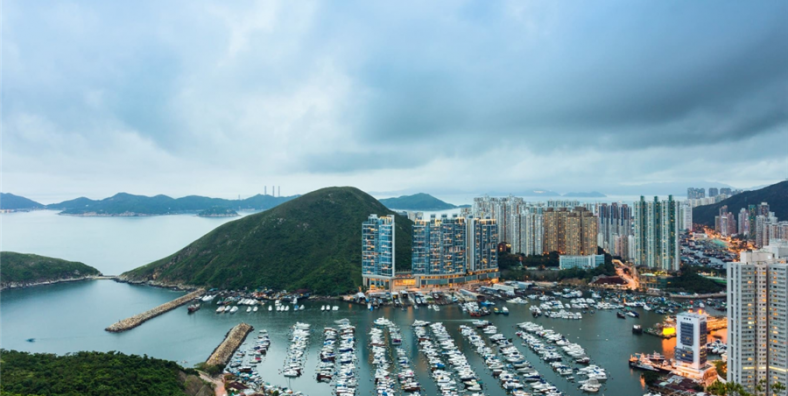 People often say that Hong Kong is an international metropolis developed from small fishing villages. As a reporter full of archaeological dreams when I was a child, I searched the original features of Hong Kong fishing villages for several years in Hong Kong, hoping to draw the development track of this legendary city.

Why is Aberdeen Fishing Village so Special?

This is a historical necessity, just as old fishing villages are always devoured by modern cities. The yearbook of 2007 issued by the Hong Kong Special Administrative Region government, analyzing the importance of various economic sectors to the Hong Kong economy, said that the primary production sectors (including agriculture, fisheries, mining and quarrying) account for a negligible proportion of the GDP and total employment, “which reflects the characteristics of the highly urbanized Hong Kong economy”. Hong Kong’s fishing industry has nurtured Hong Kong, but perhaps one day Hong Kong people will no longer be able to eat the fish that Hong Kong itself catches.

Where is Aberdeen Fishing Village?

Aberdeen is located in the southern district of Hong Kong Island. Although the urban area is now as high-rise as other parts of Hong Kong, traces of a century-old fishing village have been deeply embedded in this land. Following the seaside park to the typhoon shelter, you can see the small harbor, sailing ships, sampans, boats, water ferries, etc. When the sea breeze blows, you can still smell the fishy smell of the sea that is unique to fishing villages. During the fishing moratorium, the typhoon shelter was full of masts and numerous ships of various sizes were moored. It was still a sea fishing village.

Although the fishing industry is declining, it still retains the fishing village style of early Hong Kong because it is far away from the noise and modernization of the city. In addition, it used to be a salt-producing area with crisscross waterways, preserving the features and characteristics of most traditional water villages. In the past, the well-known “Hengshui Ferry” has been replaced by a bridge. If you want to experience the feeling of boat ferry, you can charter a boat to swim in the waterway for tens of dollars. The elevated shacks beside the riverbanks are still preserved. It is said that many of them have a history of over 100 years. The shacks built alongside the sea and waterways are elevated above the sea waves, allowing the waves to roll under their feet for a hundred years. Some of the huts were as simple as iron sheets and a few boards were a wall. Although many houses have been emptied and some have climbed vines in front of them, there are still many residents of the older generation who are still clinging to this unique house in Hong Kong.

The narrow road was lined with crude shops selling seafood. The sea breeze blew and the smell of salted fish and shrimp paste floated across the air. Sometimes two dogs chase each other and run past, adding some life to this old fishing village. There used to be a salt pan in Tai O. According to records, residents of Tai O used the shoal terrain along the sea to build a salt shelter to protect salt. However, the Yantian has been abandoned today, leaving only a few of its ruins and a nearby place name called “Yantian”.

Tai O is located at the junction of salty and fresh water, with patches of mangrove growing. Abandoned salt pans are now mud flats, and when the tide ebbs, you can see crab shells and fiddler crabs, which are of special interest. Like other fishing villages and islands, young people in Tai O have gone to the city to find their dreams, leaving behind mostly old people. The intact fishing village has given Tai O a brand new life. Today’s Tai O has become a tourist attraction, with local and overseas tourists pouring in. Some of them are curious and want to see the past background of prosperous Hong Kong. Others come here to reminisce about the past and follow the footsteps of their ancestors. As the last fishing village, Tai O left behind a piece of Hong Kong history film and turned it into a book about Hong Kong.

If you travel to Hong Kong, the best travel time is from October to November every year.

Hong Kong has a subtropical climate. Hong Kong has a relatively high annual average temperature of 22.8 degrees. The weather is easily affected by monsoon and has four distinct seasons. To travel to Hong Kong, you can wear a thin coat or sweater in spring. Summer is hot and humid, sometimes there will be showers and thunderstorms, bring some short shirts and cotton dresses, and also prepare coats and rain gear. Autumn is sunny and suitable for wearing shirts, sweaters and light coats. Winter is dry and slightly cold. Suits, thin sweaters and overcoats are more suitable.