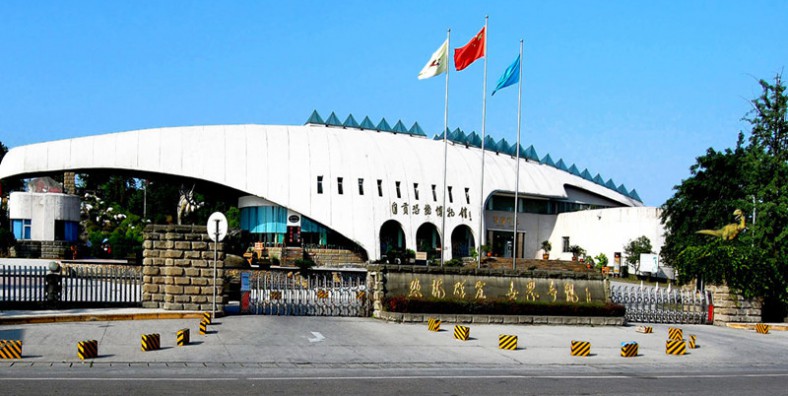 The Zigong Dinosaur Museum is located near the city of Zigong, Sichuan, China, in the township of Dashanpu. The museum sits on top of a large concentration of a diverse dinosaur assemblage from the Shaximiao Formation. The museum claims the largest number of dinosaur fossils in the world and covers 25,000 square meters with a display area of 3,600 square meters. It attracts up to seven million visitors a year.

Why is Zigong Dinosaur Museum So Special?

Established in the noted site of dinosaur fossils, Da Shanpu, Dinosaur Museum in Zigong is about 11 kilometers (about 7 miles) from the center of Zigong City. It covers 25,000 square meters (about 17 acres), which makes it the biggest in southeast China. It enjoys the same excellent reputation as the American National and Canadian Dinosaur Parks, presently affording a large-scale preserved dinosaur fossil burial site.

The museum holds affiliated buildings, a green belt and halls which include a fossil burial hall, central hall, conference room, dinosaur ecological environment hall, and so on. Since the opening in 1987, the Dinosaur Museum has enjoyed a top reputation with its unique architectural style, magnificent burial site, life-like exhibits and elegant environment. With two floors and a basement, the huge rock cave-like museum exhibits dinosaur fossils, dinosaur site, plants and animals in the age of dinosaur, and rare species of dinosaurs.

At present, only around 20% of excavated dinosaurs in the world are from the Jurassic period, and most of these are from the late Jurassic. For years, the lack of fossils from the early and middle Jurassic periods left a lot unexplained about how dinosaurs evolved. However, most of those fossils discovered in Zigong, and especially those at Dashanpu, helped fill in many of the blanks and provided extremely valuable material for the study of dinosaurs during those periods.

The newly built Zigong Dinosaur Museum consists of three floors. The exhibits mostly focus on displaying fossils that have been excavated from the immediate site, and are divided into three parts:

Part 3 — The Burial Site of Dinosaurs

Part 3 is the actual site of the dinosaurs discovery and an exhibition area of 1,000 sq. m (10,764 sq. ft) is given for visitors to explore the dig site. You can actually go down into an underground room and touch the fossils and see the complexity of the layers and ores. Observers can also look down from  above to see dinosaur bones in their original setting.

How to get to Zigong Salt History Museum

If you want to get out of the traffic and hassle of navigation, you can book a private tour package that includes visiting, dining and transfer from us. Our local guide and driver will escort you to Zigong Dinosaur Museum in the fastest and most convenient way and take care of all the details. You just have to focus on the visiting.