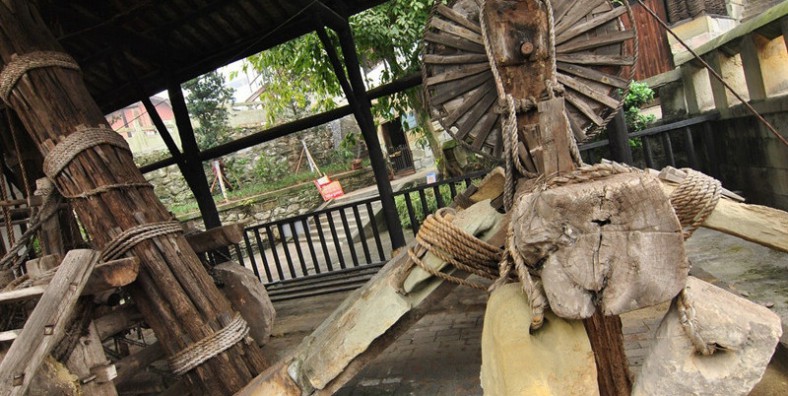 Zigong Shenhai Salt Well is located in the foothills of Ruanjiaba Mountain in Da'an District. It covers an area of ​​3 acres and has an elevation of 341.4 meters. The well was excavated in Daoguang in the Qing Dynasty for three years (AD 1823), and it was chiseled in the 15th year of Daoguang (AD 1835).

Why is Shenhaijing Salt Well So Special?

Zigong Shenhai Salt Well is located in the foothills of Ruanjiaba Mountain in Da’an District. It covers an area of ​​3 acres and has an elevation of 341.4 meters. The well was excavated in Daoguang in the Qing Dynasty for three years (AD 1823), and it was chiseled in the 15th year of Daoguang (AD 1835). It lasted for 13 years and was completed. When the hole was drilled, the depth of the well was 1001.42 meters, and then several times deepened to reach the depth of the existing well of 1,100 meters. Shenhai Salt Well produces both halogen and gas.

According to relevant information, when the deep well was drilled for 11 years, Russia’s Semenov was drilled into a shallow well in 1846, and a small amount of well oil was produced. After another 13 years, Dirac of the United States drilled a 21.69-meter-deep well in August 1859, collecting only 1.8 tons of well oil from the well. From this point of view, the Chinese nation is not only a diligent and brave nation, but also has the ingenuity of the world.

How to get to The Shenhaijing Salt Well

If you want to get out of the traffic and hassle of navigation, you can book a private tour package that includes visiting, dining and transfer from us. Our local guide and driver will escort you to Shenhaijing Salt Well in Zigong in the fastest and mohst convenient way and take care of all the details. You just have to focus on the visiting.