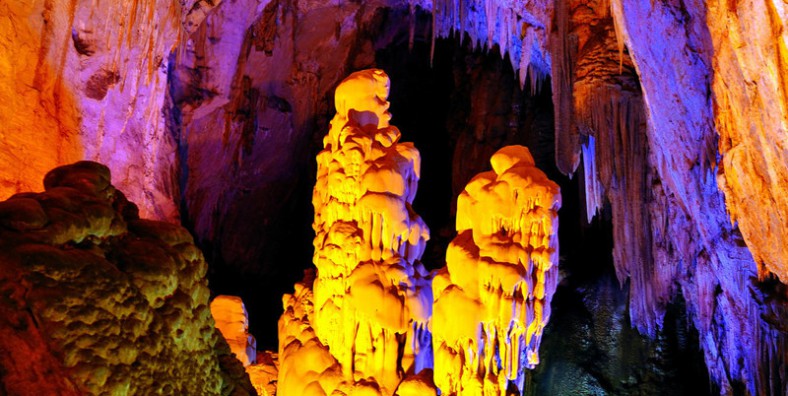 Zhijin Cave Scenic Spot is located in Zhijin County, Guizhou Province. The spot has four parts: Zhijin Old Town, Zhijin Cave, Jiehe Gorge and Hongjia Ferry among which the Zhijin Cave is the most attractive and famous.

Why is Zhijin Cave so Special?

National geographic research departments such as “chinese national geography” under the jurisdiction of the Chinese Academy of Sciences have also given high praise, calling it “the king of China’s karst caves” and “Huangshan returns without looking at the mountains, and there is no cave outside Zhijin Cave!” On September 19, 2015 (17: 00 p.m. Japanese time), Zhijindong National Geopark was officially approved by UNESCO to join the World Geopark. It fills the gap that Guizhou does not have a world geological park. Becomes Guizhou Province First World Geopark

Located in Guanzhai Miao Township, Zhijin County, Guizhou Province, on the southern bank of six red River, one of the headwaters of Wujiang River, 120 kilometers away from Guiyang, the provincial capital.

Owing to the sunshine from the mouth of this cave, moss grows in the hall. At the top of the hall is a circular ventilated opening through which sunshine penetrates to the bottom of the hall. Under the sunlight, remaining beads around the opening glisten tremulously like myriads of crystal coins falling from heaven.

At an early period in history enormous rocks collapsed from the summit and then accumulated into a mountain now called Mt. Longevity (Mt. Wanshou Shan). Later, karst accumulations covered the mountain. Beside Mt. Longevity the crimson bloodstone glitters like a peacock spreading its tail to display his fine feathers.

After seeing the natural cave wonders, you can visit the local minority villages of Buyi, Miao and Yi ethnic minorities.