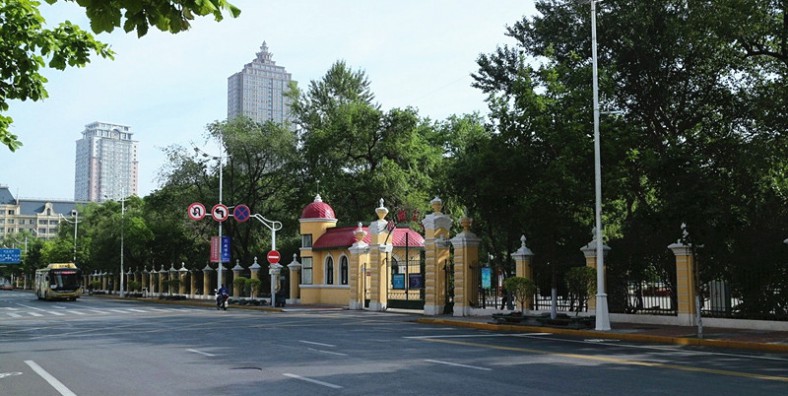 Zhaolin Park is located in Daoli District of Harbin City, only a few hundred meters away from the Central Street. It is an early city park in Harbin and has been the venue of the annual Ice Lantern Garden. In order to commemorate the anti-Japanese hero Li Zhaolin, the people buried their remains here and held a grand public sacrifice and burial ceremony in the park.

Ticket: During the Ice Lantern Garden Party (from the end of December to early March):CNY 150 per adult; free for children under 1.2m (3.9 feet).
Usual time: free

Why is Zhaolin Park in Harbin So Special?

The Harbin Zhaolin Park is popular all around the world for its famous ice carvings. The park is located in Harbin in the district of Daoli. Each year Harbin Zhaolin Park attracts thousands of visitors and participants for the annual Ice and Snow Festival.

The Ice Lantern Venue of the Annual Harbin Ice Festival

This is the smallest display site of the International Ice and Snow Festival. More than a thousand ice lanterns are on display. These are works of art with a light glowing inside. Only a few are large in scale. Most are the contribution of locals, but some are serious contenders for awards and recognition.

Ice sculptors from about twenty countries carve and display their works on the site. Only a few reach two stories. Most people appreciate the work of the thousands of competitors, but many feel the twenty acre park doesn’t hold a candle to the massive ice and snow monuments across the river. They are designed to be seen when it is dark, so they are bland to see during the day.

After its improvements done in 1985, the Harbin Zhaolin Park is a beautiful park with nice scenery. The Huaguo Mountain is located on the east while the Meigui Mountain is located on its west. Towards the south is the Xiaonan Islet while in the north lies the glass flower cellar. In the center of the park is an artificial lake with five bridges that link the area cleverly. The Harbin Zhaolin Park is home to a fish and flower exhibition hall, skate land, children’s playground, an open air theater, arbors, Dingxiang Garden and Yingyue Garden.

How to Get to Zhaolin Park From Harbin City

If you want to get rid of hustle of transportation and troublesome navigation, you can book a private tour package which covers visiting, dining and transfer from us. Our local tour guide and driver will escort you to Zhaolin Park in Harbin with speed and convenience, and take care of all the details. You just need to focus on travel.

You may take Public Bus 16, 23, 64, 83, 94, etc. to get off at San Dao Jie Station. Taking a taxi would be the most convenient way. You may show its Chinese兆麟公园 to the the driver, and he will take you there.