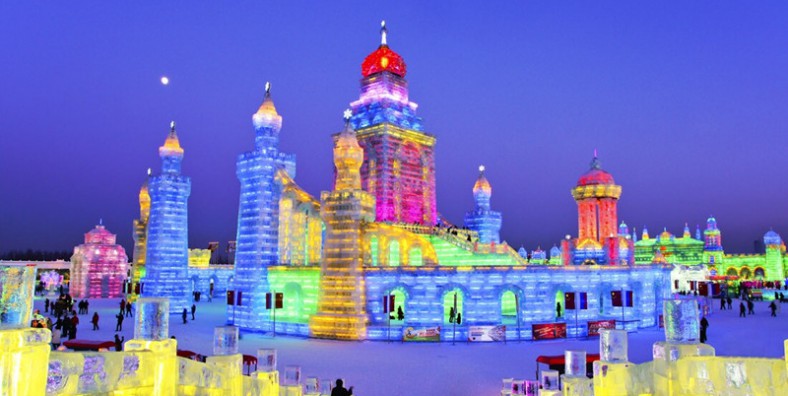 Why is Harbin Ice and Snow Amusement World So Special?

Covering an area of 800,000 square meters, Harbin Ice and Snow Amusement World is a large comprehensive amusement park, combining ice cartoon, themed snow performances, acrobatics on ice, ice sculpture exhibition and many other art and culture activities. It is commonly referred to as possessing four of the key ‘mosts’: the most art attractions, the most beautiful night views, the most recreational activities and the most forms of entertainment.

Where is Harbin Ice and Snow Amusement World?

How to Get to Harbin Ice and Snow Amusement World

If you want to get rid of hustle of transportation and troublesome navigation, you can book a private tour package which covers visiting, dining and transfer from us. Our local tour guide and driver will escort you to Harbin Ice and Snow Amusement World with speed and convenience, and take care of all the details. You just need to focus on travel.

The ice carvings at the Harbin Ice and Snow World are regarded as some of the world’s finest examples of ice art, with visitors able to admire some of the largest and most majestic ice-sculpted masterpieces. Each of these ice carvings is designed in some way related to the festival’s theme, enabling travelers to sample a variety of cultural flavors.