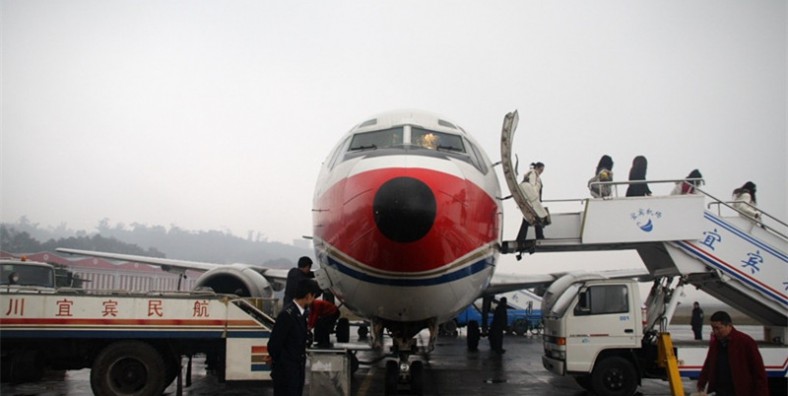 Yibin Wuliangye Airport (Chinese: 宜宾五粮液机场) is an airport under construction to serve the city of Yibin in southern Sichuan Province, China. When completed the airport will replace the existing Yibin Caiba Airport, which is a dual-use military and civil airport.  The airport is named after Wuliangye, a locally made liquor that is one of the most famous baijiu brands in China.

The 1.1-billion-yuan airport received approval from the State Council of China in May 2012, and construction is expected to last 3 years. It will occupy an area of 4,500 mu (300 ha) in Zongchang Township (宗场乡) of Cuiping District, 11 kilometers northwest of the city center.

The government of Yibin has announced that the airport will be named after Wuliangye, a famous liquor made in Yibin, unlike the existing Yibin Caiba Airport, which is named after Caiba, the town it is located in. This choice of name has caused controversy in China. The name has been a target of ridicule by the public and is considered illegal by some legal experts. Although Renhuai Maotai Airport, another airport under construction in nearby Guizhou Province, is also named after the famous liquor brand Maotai, it has not attracted as much criticism as Maotai itself is named after a town. Responding to the controversy, the Wuliangye Company has declared that it has not paid to have the airport named after its brand.