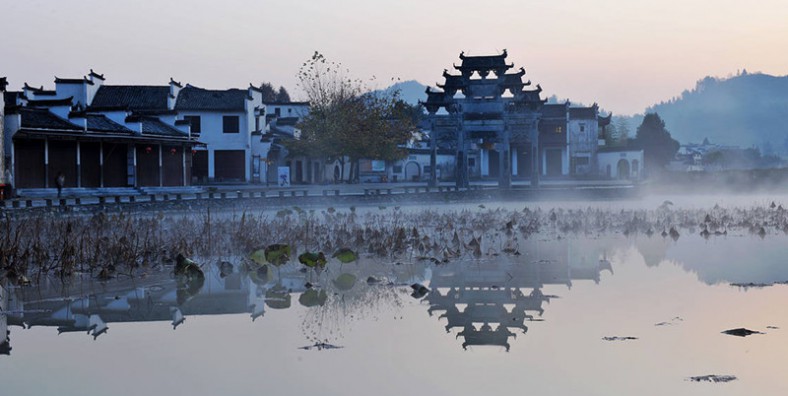 Why is Xidi Ancient Village So Special?

Xidi Ancient Village is known as “the ancient village in the peach blossom”. It was first built in the Northern Song Dynasty, it has a history of nearly 960 years. After hundreds of years of wind and rain erosion, hundreds of ancient houses still there, with the features of Ming and Qing dynasties.

Where is Xidi Ancient Village?

Xidi village is located at the south foot of Huangshan Mountain, only 40 kilometers away from Huangshan Scenic Area.

How to Get to Xidi Ancient Village

If you want to get rid of hustle of transportation and troublesome navigation, you can book a private tour package which covers visiting, dining and transfer from us. Our local tour guide and driver will escort you to Xidi Ancient Village with speed and convenience, and take care of all the details. You just need to focus on travel.

By Long Distance Bus: Tourists can take a long distance bus at Qianxian Bus Station to get to Xidi Ancient Village.

At the entrance of Xidi Village stands a stone archway, which is the symbol of Xidi village. The archway was built in Ming Dynasty, with a history of more than 400 years. The archway is 12.3m high and 9.95m wide, made by local marble.

Xidi West Garden is a typical Anhui Style building, with white wall and gray roof. West Garden is the former residence of Hu family. It was built in Qing Dynasty and has a history of more than 180 years.

Taoli Garden was built in Xianfeng Period of Qing Dynasty (1831-1861), composed of the main house and courtyard, it is the old house of Hu Yuanxi, a businessman of Xidi. Calligraphy can be find in the Taoli Garden.