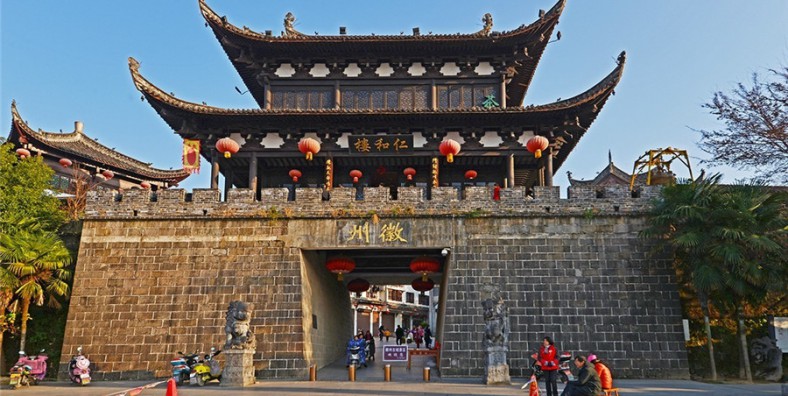 Why is Huizhou Ancient City So Special?

Huizhou Ancient City is one important component of Ancient Huizhou Cultural Scenic Area. It is a key historical and cultural town where you can explore Han Nationality style architectures in the Ming and Qing Dynasties as well as ancient Huizhou culture. Huizhou Ancient City is the core scenic area of Shexian County in Huangshan and features a distinctive local culture. It is also the birthplace of the Huizhou merchants, a famous business group in China that flourished in the late Ming Dynasty.

Where is Huizhou Ancient City

Huizhou Ancient City, located in the center of Shexian County of Anhui Province, holds Huizhou State office which has a history of a thousand years.

How to Get to Huizhou Ancient City

If you want to get rid of hustle of transportation and troublesome navigation, you can book a private tour package which covers visiting, dining and transfer from us. Our local tour guide and driver will escort you to Huizhou Ancient City with speed and convenience, and take care of all the details. You just need to focus on travel.

By Bus: Take coaches in the Huangshan Bus Station (Tunxi Bus Station) to Shexian, and then take Shexian Bus 4 to Huiyuan.

Huizhou State Office is the symbol of the Huizhou Ancient City. The State Office is the center of Huizhou Ancient City with a total area of 24,000 square meters (29,000 square yards). The complex is symmetrical along the central axis, following the typical architectural style of ancient China. There are five main constructions on the axis: Nanqiao Tower, Etiquette Door (Yi Men), Law Court, Second Court, and Magistrate Office.

At Dounshan Street you can step inside some of the ancient villas. Most include interior courtyards open to the elements from above, held up by large wooden pillars. Lattice windows face inwards rather than out onto the lanes since the rich merchants of the time did not want people catching glimpses of their wealth or wives, concubines and daughters.

In this charming town, the winding cobbled lanes will lead you to ancient residents’ dwellings and main buildings like theatrical stages, stone archways or tea houses. The imposing manner of these architectures which can date back to Ming and Qing Dynasties will give you a shot by its grandness, elegance and pristine beauty. What’s more, the white walls and black tiles with extremely exquisite carvings standing out in this town create an indescribable romantic charm.