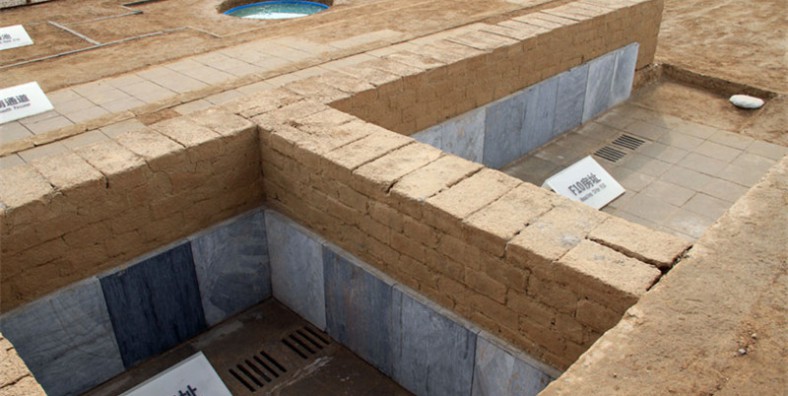 Weiyang Palace was the main imperial palace complex of Han Dynasty and many other dynasties, located in the city of Chang'an (modern-day Xi'an). It was built in 200 BC at the request of Han Gaozu, under the supervision of his prime minister Xiao He, it served as the administrative centre and imperial residence of the Western Han Dynasty, as well as the Western Jin dynasty and several other regimes during the Northern and Southern Dynasties.

Why is Weiyang Palace so Special?

Wiyang Palace was first built in 200 BC. After Han Dynasty perished, it still functioned as the political center of seven further dynasties. Moreover, the great diplomat Zhang Qian set off for other countries from the front of the palace, and developed the great Silk Road. For instance, the Western Jin Dynasty, which had its capital at Chang’an between 312 and 316 AD, utilized this palace complex. During the subsequent Northern and Southern Dynasties period, Chang’an served as the capital of several different states, which meant that the palace was also used during this period. The palace fell into disuse during the Tang Dynasty (618-907) because new palaces in which the emperors would reside and work were constructed.

The Weiyang Palace had been the administrative center of many dynasties. It was square in shape, with a main gate on each side of the palace wall. The North Gate and East Gate had exquisite watchtowers. Vassals used to enter the palace through the East Gate, while government officials through the North Gate. The two other gates were rarely used. There were also some minor gates for the transport of daily necessities to the palace. The palace occupied 4.84 square kilometres, about seven times the size of the Forbidden City in Beijing. It was divided into three parts by two avenues which ran from east to west. It is recorded that the palace consisted of over 40 major buildings, including the Front Hall, the Heavenly Fortune Pavilion, and the Jiaofang Hall.

The Site of Weiyang Palace in Chang’an City of Western Han Dynasty was included in the World Heritage Site as the starting point of Silk Road On June 22nd, 2014. Since then, many historical relics have been excavated from the site and the construction of a museum is under way. Since Weiyang Palace reconstruction is not in the plan, all the buildings you see today are historical sites. They are mainly the foundations made of rammed earth.

The site, located northwest of Hancheng Lake Park in Xi’an, measures 7,054 feet (2,150 meters) from east to west, and extends 7,382 feet (2,250 meters) from south to north. The exhibition area covers a total area of 6.11 square kilometres. Major historical sites include the Site of the Front Hall, the Site of the Jiaofang Hall, the site of Central Government Office, and Mansion of Government Official Shaofu, and Southwest Turret. Also, there is an exhibition hall of the relics of Chang’an City of the Han Dynasty.

The Front Hall of Weiyang Palace was built besides the southern main gate and its huge structure base of rammed earth still lies there today. The existing base of the Front Hall is about 150 meters from east to west and over 350 meters from north to south Now. It is situated at the center of the whole palace. with its base altar spanning about 350 meters from north to south. 200 meters from east to west and 15 meters high at the north tiptop. Historical records show that Weiyang Palace had a Sima Gate (gate for defense) at each of the four sides. a watchtower at each of the northern and eastern gates — the East Watchtower was for seigneurs to meet the emperor and the North Watchtower for scholars and ordinary people to submit written statements.

To the north of the former Front Hall is the site of Jiaofang Hall, where the empress dwelt. To the north end of the Weiyang Palace are the sites of the Heavenly Fortune Pavilion and the Stone Ditch Pavilion. The former was the first national library of China, while the latter was the first national archive. Sites of the Central Government Office and Mansion of the Government Official Shaofu lie to the west of the Front Hall Site. To the southwest of the Front Hall are the relics of the Imperial Garden and Pond; it was here that the emperor spent his leisure time with his royal family. The structure, with a main hall in the center and subordinate halls and offices around it, became the pattern for palace construction during succeeding dynasties.

How to get to Weiyang Palace

If you want to get out of the traffic and hassle of navigation, you can book a private tour package that includes visiting, dining and transfer from us. Our local guide and driver will escort you to the Weiyang Palace in Xi’an in the fastest and most convenient way and take care of all the details. You just have to focus on the visiting.