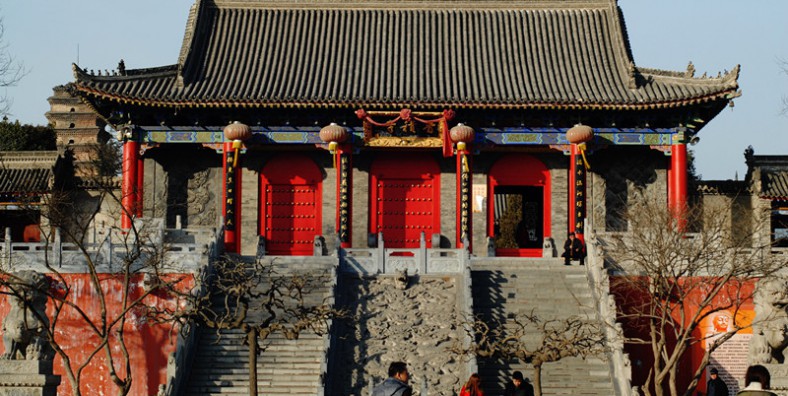 Xiangji Temple is situated in Chang'an County, about 17.5 kilometers (12 miles) to the south of Xi'an City. It was built in honor of the noted Buddhist monk Shandao, one of the initiators of a branch of Buddhism, Pure Land Buddhism, by his disciple Huai Yun after his master's death. Huai Yun named the temple 'xiangji', heaped fragrance, to suggest his master was holy as the Xiangji Buddha, an ancient Indian Buddha.

Why is Xiangji Temple So Special?

Where is Xiangji Temple?

Xiangji Temple (香积寺) is a Buddhist temple located in Chang’an District of Xi’an, Shaanxi, China. The temple is regarded as the cradle of Pure Land Buddhism. It is just outside the central city area and is about 20 kilometers south of the Xi’an Train Station. The Xiangji Si (Xiangji Temple) was a famous temple of the Tang Dynasty (618-907). It was known as a place that trained Buddhist monks in the Buddhist doctrines of Pure Land Buddhism (净土佛教).

It is said that an advanced Buddhist monk named Dharmakara vowed to save all beings and made a heavenly realm for people to live in if they need his help. These teachings were found in Buddhist scriptures that were brought to China about 147 AD. But the teachings became popular after the year 402 though the work of a monk named Huiyuan. During the Tang Dynasty era, Xi’an was the capital of the Tang Empire, and various sects of Buddhism had a resurgence partly though the work of Central Asian travelling monks. The Central Asian monks taught a kind of Mayahana Buddhism that had developed during the centuries before north of India. They travelled along the Silk Road eastward, and they settled and taught in Xi’an.

Pure Land Buddhism developed indigenously. After Huiyuan, there was another monk named Shandao who is called the second Patriarch of the Pure Land School. He is said to have called on the name of Amitabha tens of thousands or hundreds of thousands of times a day, and Emperor Gaozong of the Tang Dynasty called him Great Master of Light because light came out of his mouth when he said the name. He was renowned in the Tang Dynasty.

During the reign of Emperor Zhongzong in 706 AD, the Xiangji Temple was built by a monk named Huai Yun to honor his teacher Shandao. The temple then became a center for teaching of Pure Land Buddhism.

Two pagodas stand in Xiangji Temple. The larger pagoda, named Shandao Pagoda, is 33 meters (108 feet) tall, and was built in 680, during the Tang Dynasty (618-907). The top two stories of the pagoda have worn away during its 1,300-year history, leaving a remaining eleven stories. Its flank is stenciled with exquisitely engraved half-naked Buddha and strong pieces of script. To the east stands the pagoda’s smaller counterpart, a brick pagoda built to commemorate another of Shandao’s pious disciples, Jingye Pagoda. Surrounding these two pagodas is a vista that is beautiful and tranquil. The renowned landscape poet Wang Wei of the Tang Dynasty visited the Temple and composed a poem to praise its charms.

How to get to Xiangji Temple

If you want to get out of the traffic and hassle of navigation, you can book a private tour package that includes visiting, dining and transfer from us. Our local guide and driver will escort you to the Xian Xiangji Temple in the fastest and most convenient way and take care of all the details. You just have to focus on the visiting.