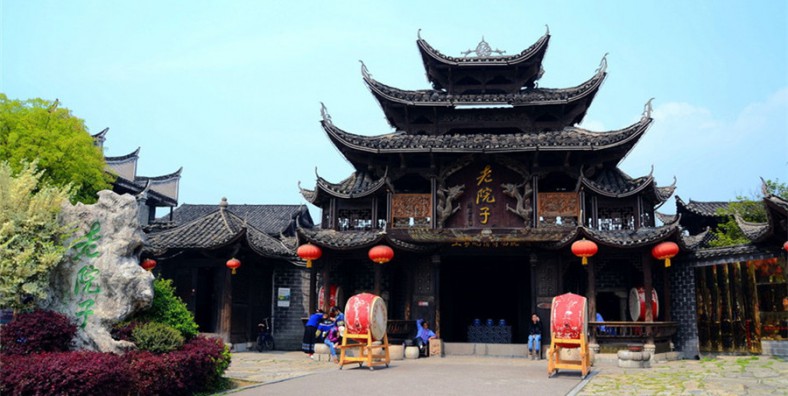 Zhangjiajie Tujia Ethnic Folk Garden is located in Zhangjiajie scenic territory which is a major integrated tourism service enterprise and natural landscape that contains a set of cultural performances, accommodation, catering, entertainment, shopping and so on. The main projects are toast City and Bizika torch Church.

Why is Tujia Ethnic Folk Garden So Special?

Aborigines Scenery Park is located in the beautiful city of Zhangjiajie. It is a large comprehensive tourism scenic spot with tourism attractions, cultural performances, exhibition of unique things, restaurants, entertainments and shopping center, which is a place of historical figures as well as cultural heritage and natural scenery.

Located the central area of Zhangjiajie City in Hunan Province, China, Tujia Ethnic Folk Garden (Chinese name: 土家风情园) is a tourist spot that displays the classic buildings, folk customs, food, dance of Tujia ethnic minority. It is converted from the previous castle of Tu Si(appointing national minority hereditary headmen in the Yuan, Ming and Qing Dynasties) of Tujia ethnic minority. Here you would get to learn what kind of house that Tujia people used to live in – stilted building of Tujia nationality(Diaojiaolou), traditional customs of wedding ceremony and wild Tujia dancing.

Diaojiaolou are very functional and similar to those of the Miao. On the lower floor is for raising livestock; while the living rooms and bedrooms are kept upstairs. This design focuses on the use of small rooms but is also well ventilated, damp-proof and clean. The largest and tallest wooden stilted building is right inside the garden. And if you come in the right time, you may catch a chance to see the traditional of Tujia nationality – Mao Gu Si Dance.

Tusi official system was founded in Five Dynasties (907 A.D- 960 A.D.) and become matured in the Ming Dynasty (1,368- A.D.-1,644 A.D.) with the King Tusi as the head of the city. The King Tusi built Tusi City in order to show off their social status and nobility, among which the one in Yongding City is very famous in China. There is the tallest hanging architecture-Diaojiaolou in the city with 12 stories of 48 meters (157 feet) high, which is called the Nine-Layer Heaven by the locals.

And the whole architecture is wood-structured without any rivet, which is considered a miracle in the architecture history of Diaojiaolou, and it was enlisted in the Guinness World Records in 2002 together with Maogusi Dancing participating by 1,000 local people. Setting foot on the Tusi City, you can see the Greeting-Guest ceremony firstly: the local men beating the drums and blowing the ox-horns, the girls singing the way-blocking songs, toasting to the guests, dancing and making large-scale sacrifices to their ancestors, which is very splendid and wonderful.

A main attraction in the Zhangjiajie Tujia Folk Custom Park is the village square, where key performances such as the Maogusu Dance, a ceremonial dance that was part of a sacrificial ceremony are performed.

Another highlight of the park is the wooden 9-storied Jiuchongtian Hereditary Hall that was constructed on a steep slope without using a nail was even listed in the Guinness World record. It contains thousands of relics of the Tujia and is the “museum” of all things Tujia. Walking through the park, tourists will be stopped by wooden houses that showcased different aspects of the Tujia ethnic group, from unique embroidery skills to farming techniques and wine-brewing. Tourists are also able to view the “crying marriage” ritual and learn more about the customs and traditions of the Tujia ethnic minority.

How to Get to Tujia Ethnic Folk Garden From Zhangjiajie

If you want to get rid of hustle of transportation and troublesome navigation, you can book a private tour package which covers visiting, dining and transfer from us. Our local tour guide and driver will escort you to Tujia Ethnic Folk Garden in Zhangjiajie with speed and convenience, and take care of all the details. You just need to focus on travel.

The scenic spot is located in the downtown of Zhangjiajie and easily reached by public transportation. You may take Bus Route 5 or 10 to Tujia Ethnic Folk Garden Station (土家风情园站). Or you may take a taxi to get there.

It is recommended to spend 1 or 2 hours to tour around the garden.