Temple of Eight Immortals in Xian 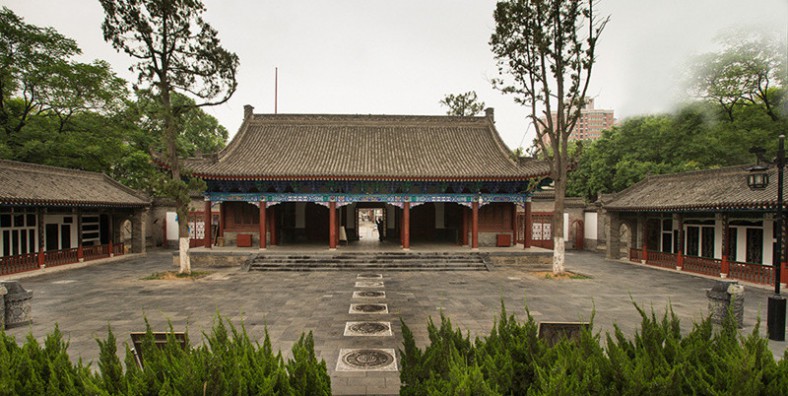 Located on Changle Fang Street in the eastern suburb of Xi'an, Temple of the Eight Immortals (Ba Xian An in Chinese, aka Eight Immortals Palace and formerly Eight Immortals Nunnery), is the biggest Taoist temple in Xi'an and is a famous Taoist architecture in northwest China. As its name indicates, the temple is mainly dedicated to the legendary Eight Immortals: Han Zhongli, Zhang Guolao, Han Xiangzi, Tieguai Li, Cao Guojiu, Lü Dongbin, Lan Caihe and He Xiangu.

Why is Temple of Eight Immortals in Xian So Special?

Brief Introduction of The Temple of Eight Immortals

Located on Changle Fang Street in the eastern suburb of Xi’an, Temple of the Eight Immortals (Ba Xian An in Chinese, aka Eight Immortals Palace and formerly Eight Immortals Nunnery), is the biggest Taoist temple in Xi’an and is a famous Taoist architecture in northwest China. As its name indicates, the temple is mainly dedicated to the legendary Eight Immortals: Han Zhongli, Zhang Guolao, Han Xiangzi, Tieguai Li, Cao Guojiu, Lü Dongbin, Lan Caihe and He Xiangu.

Chinese tradition has it that Baxian An or Taoist Temple of the Eight Immortals of Xi’an was completed in Song Dynasty (960-1279) and underwent repairs repeatedly in its following dynasties. In 1900 (Qing Dynasty) when the Eight-Power Allied Forces intruded Beijing, Empress Dowager Cixi and Emperor Guangxv were forced to take refuge in Xi’an, where they issued 50 kilograms of silver dollars to construct memorial archways for the temple and titled it “Longevous Eight Immortals Taoist Temple”, hence the current name. Today the horizontal inscribed board inscribed by Cixi is still hung in the temple.

Being the largest and best-known Taoist temple in Xi’an, the Eight Immortals Temple occupying some 73,333 square meters from the main gate to the rear courtyard. On every 14th of the fourth month and every 9th of the ninth month in Chinese lunar calendar, Taoist pilgrims would converge at the temple to attend the annual temple fair that lasts for 3 days and the grand worship ceremony.

The Eight Immortals (八仙) are a group of legendary xian (“immortals”) in Chinese mythology. Each immortal’s power can be transferred to a vessel (法器) that can bestow life or destroy evil. Together, these eight vessels are called the “Covert Eight Immortals” (暗八仙). Most of them are said to have been born in the Tang or Shang Dynasty. They are revered by the Taoists and are also a popular element in the secular Chinese culture. They are said to live on a group of five islands in the Bohai Sea, which includes Mount Penglai.

As the tradition goes, the hardwood clappers, fan, crutch, bamboo flute, sword, calabash, horsetail whisk, and flower basket that the Eight Immortals hold are seen as holy articles of Taoism. Among all of the literary and artistic works about the Eight Immortals, the story of Eight Immortals Cross the Sea is best-known, in which each of them did it by their own magic skills.

The temple can be divided to be three parts on the whole:

The main components of the first part contain the mountain gate, the archways, the screen walls, the bell and drum towers, and five halls. Entering the gate, visitors can see the bell and drum towers standing on the left and right sides respectively and the Bridge of Meeting Immortals sitting in the middle of the courtyard. The bridge is said to be built in memory of Wang Chongyang (founder of Quanzhen Branch of Taoism), who was enlightened by the Ganhe River by Ludongbin (a famous legendary immortal of Taoism). Inside the main hall Linggong Hall, the colored statue of Yulingguan (a Taoist patron saint) is enshrined and worshiped, with General Green Dragon and General White Tiger alongside.

The second part is the core of the temple and the plaque hanging here is said to be the handwriting of Emperor Guangxv. The Eight Immortals Hall is the main shrine of this part, where grand Taoist ceremonies and activities are staged. In the center inside the hall there are the colored clay sculptures of Emperor Donghua of Taoism and the eight immortals.

On the front of the third part is the Doumu Hall with the calligraphy of Empress Dowager Cixi. The immortal Empress Doumu is the leader among the many immortals in this hall. At the eastern courtyard, there are the Luzu Cave, Hall of the King of Medicine, and Taibai Hall.

How to get to The Temple of Eight Immortals

If you want to get out of the traffic and hassle of navigation, you can book a private tour package that includes visiting, dining and transfer from us. Our local guide and driver will escort you to the Temple of Eight Immortals in Xi’an in the fastest and most convenient way and take care of all the details. You just have to focus on the visiting.

2. Take metro line 1 and get off at Kangfulu, then get off from Exit B, walk west along West Changle Rd for about 3 minutes, then turn left at the first crossing, walk south for about 4 minutes, you will get there.