Temple of Ancient Monarchs in Beijing 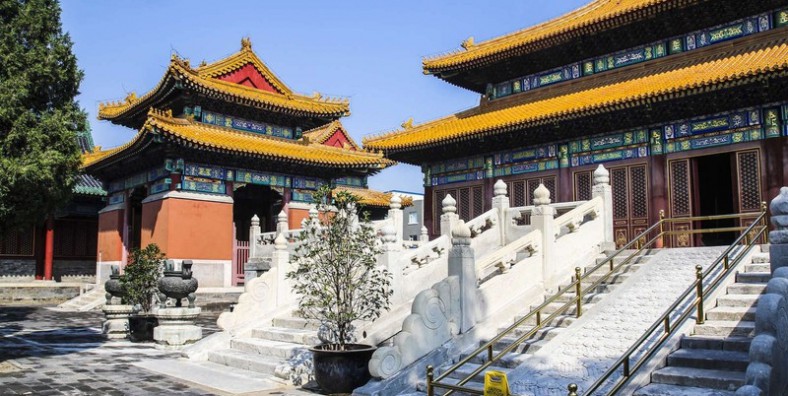 Why is Temple of Ancient Monarchs So special?

History of Temple of Ancient Monarchs

The Imperial Temple was built in 1530. It was the place where emperors of the Ming and Qing dynasties offered sacrifices to their ancestors. After several adjustments, Ganlong finally decided to offer sacrifices to 188 emperors. In 1979, it was announced as a cultural relic protection unit in Beijing, and in 1996, it was announced as a national key cultural relic protection unit by the State Council.

On the left and right sides of the Jingde Chongsheng Palace, there are two side halls. The memorial tablets of 79 prominent officials and generals are displayed there, such as Wen Tianxiang, Yue Fei, and Zhuge Liang, who are all well-known loyal civil officers. One very unusual thing exists within this temple: a separate temple for Guan Yu, a famous military officer of the Three Kingdoms Period (220-280). It is rare to see a temple within another temple.

As the only temple for worshipping ancient emperors in various dynasties, the Temple of Ancient Monarchs has been well preserved and basically maintains its appearance and layout from the Qing Dynasty, thus having significant architectural and cultural value.

Features of Temple of Ancient Monarchs

A temple without Buddha

How to get to Temple of Ancient Monarchs

Beihai Park, located in the center of Beijing City, is the oldest, best preserved and most profound classical royal garden in China’s existing history.