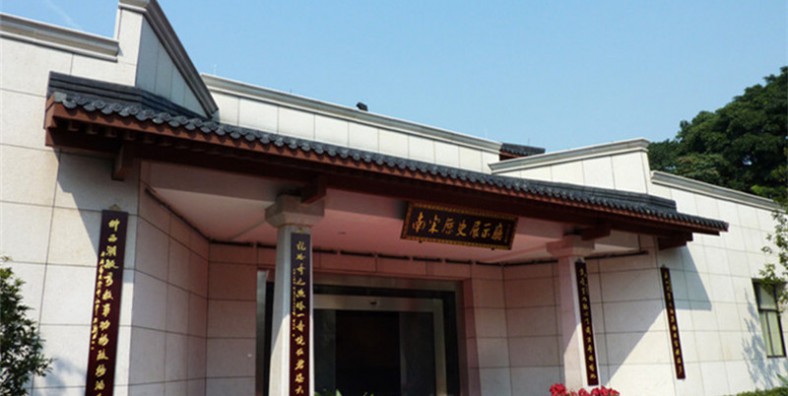 Southern Song Dynasty Guan Kiln Museum is located in the western piedmont of Tortoise Hill, the southern margin of Yuhuang Mountain, lying on the south edge of West Lake scenic area in Hangzhou. With the tasteful display, substantial content and comfortable environment, it is the first unique museum themed on ceramics in China.

Why is Southern Song Dynasty Guan Kiln Museum So Special?

China is a country with a rich tradition of pottery and porcelain. The history of pottery can be traced back through 8,000 years, while porcelain in the country has a history over 2,000 years. During the Song Dynasty (960-1279), this culture came to a climax. A variety of chinaware appeared. Particularly representative of that time are the products of the official kiln (Guan Yao in Chinese). Guan Yao produces high-class chinaware for royalty – either for daily use or decoration. It is recorded that there were two official kilns in the Southern Song Dynasty (1127-1279): Jiaotanxia Guanyao and Xiuneisi Guanyao.

The museum has plenty of displays, most of which are products of the official kilns of the Southern Song Dynasty. Most of the products show off exquisite charm and delicate beauty.
A trip to the museum can be divided into two parts, just like the museum itself, which has an exhibition area and another area dedicated to official kiln relics. The exhibition area consists of three rooms, the first of which feature many delicate chinaware treasures from the past dynasties. Some of these were unearthed in various parts of Hangzhou. In the second room, the history of China ceramics is highlighted; there, visitors can learn more about how this tradition started, and what its social, political, and economic contributions were. The third room, on the other hand, focuses on the research on ancient porcelain. The entire exhibition area now showcases a total of more than 8000 chinaware samples.
Aside from the exhibits, there is also a pottery bar where visitors can actually see how pottery was made in the past. Visitors can even get the chance to make their own pottery to better understand the lives of the people engaged in the art and tradition of ancient pottery-making.

If you want to get out of the traffic and hassle of navigation, you can book a private tour package that includes visiting, dining and transfer from us. Our local guide and driver will escort you to Southern Song Dynasty Guan Kiln Museum in Hangzhou in the fastest and most convenient way and take care of all the details. You just have to focus on the visiting.